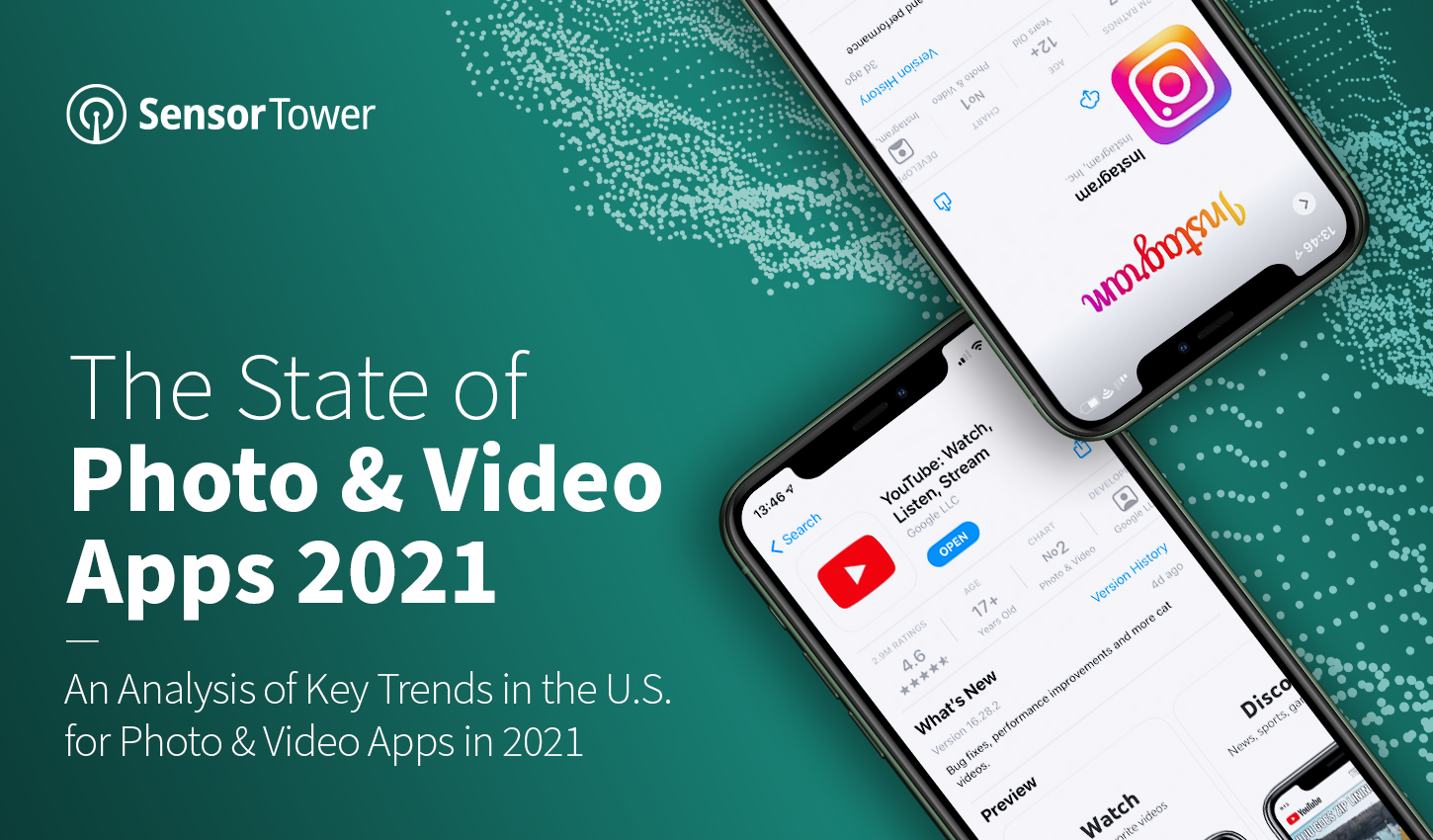 Photo & Video category apps saw supercharged adoption in Q2 2020 at the onset of the COVID-19 pandemic, and the category’s growth continued to be strong in the first half of 2021. Sensor Tower’s latest report, available now, analyzes the top apps of this category in the United States along with insights on sub-categories such as Photo & Video Editors.

U.S. consumer spending in the top 100 Photo & Video category apps has grown substantially each quarter since a spike in 2Q20. Most recently, consumers spent approximately $457 million in Q2 2021, up 34 percent year-over-year from $342 million in the year-ago period.

As in previous quarters, the majority of revenue generated by the top 100 apps occurred on iOS devices with Apple’s App Store accounting for 83 percent of consumer spending in 2Q21. However, consumer spending on Google Play experienced more growth, climbing 126 percent Y/Y last quarter to $78 million from $35 million.

Although YouTube’s all-time revenue per download (RPD) has grown each month over the last 18 months, user spending in Twitch has accelerated during that same time period. Amazon’s streaming platform overtook YouTube in April 2021 and has continued to grow, reaching a new high of $6.20 per download in June compared to YouTube’s RPD of $5.60.

A previous Sensor Tower analysis showed that Twitch’s installs and monthly active users were supercharged at the onset of the pandemic, and the platform has continued to grow in the first half of 2021.

TikTok’s global popularity recently catapulted the app past 3 billion downloads. On U.S. app stores, it has maintained its position as the No. 1 Social Photo & Video app by downloads since July 2019. In the first half of 2021, TikTok saw 34.6 million installs from the U.S. App Store and Google Play, nearly double that of other top Social Photo & Video apps such as Instagram and Snapchat, which saw 17.7 million and 14.2 million installs, respectively.

For more analysis from the Sensor Tower Store Intelligence platform, including key insights on the performance of top Photo & Video apps in the U.S. as well as a deep dive into the Photo & Video Editor subcategories, download the complete report in PDF form below: