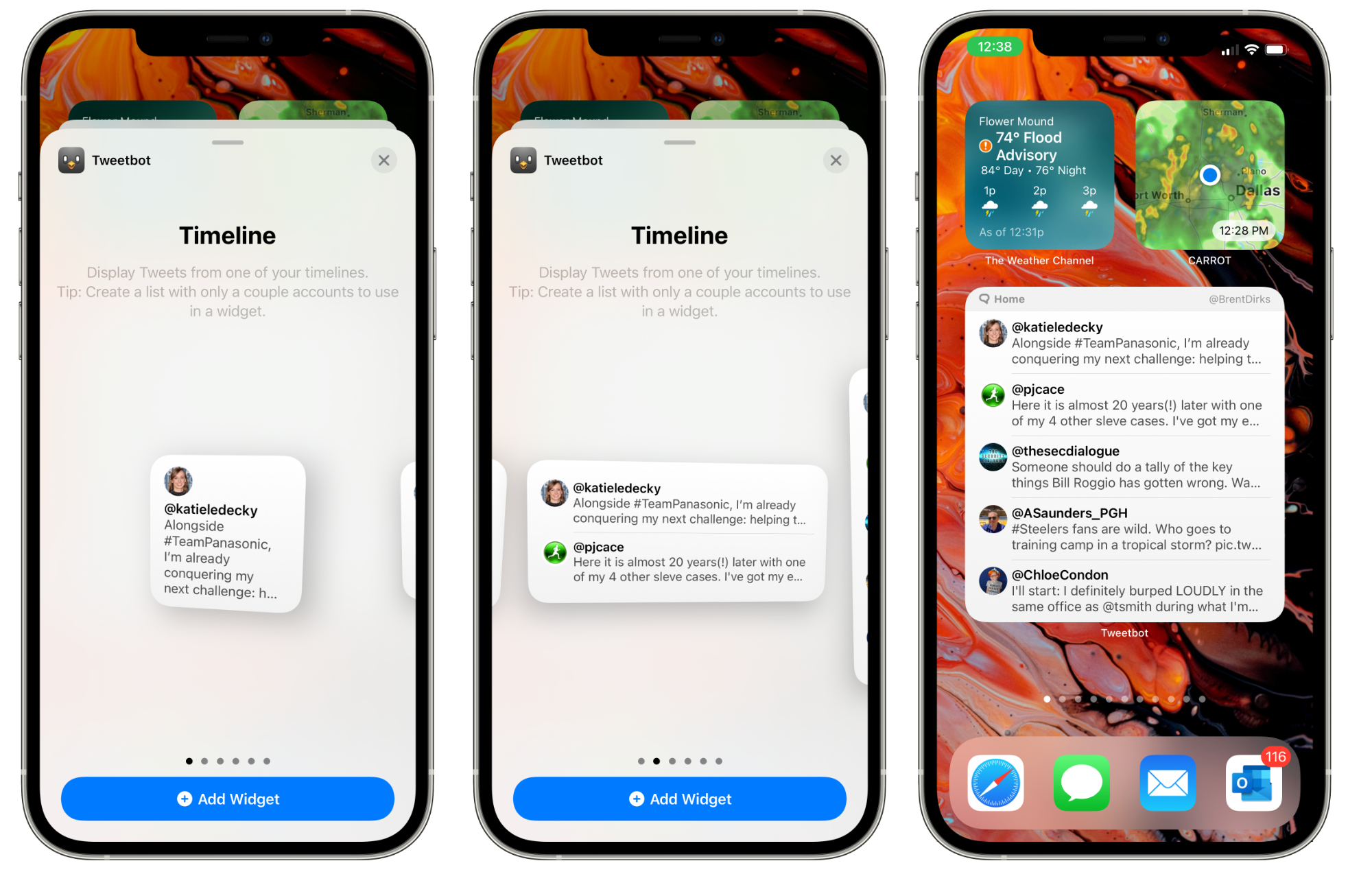 The biggest addition are timeline widgets for your home screen. You can select from a small, medium, or large version with or without a header showing the timeline name and account. Developer Taptbots recommends you create list with just a few accounts in a list to use as a widget.

On the iPad, you can now see multiple windows of Tweetbot on the screen.

Back in April, the app was updated with a new video player with picture-in-picture support and more.

Tweetbot 6 is designed for the iPhone and all iPad models. It can be downloaded now on the App Store for free. A subscription is needed to use most of the functionality of the app. That’s $0.99 per month or $5.99 yearly.

There is a free, seven-day trial for the subscription.

If you’re using a previous version of the app, you’ll need to download the new version as it’s not an update.