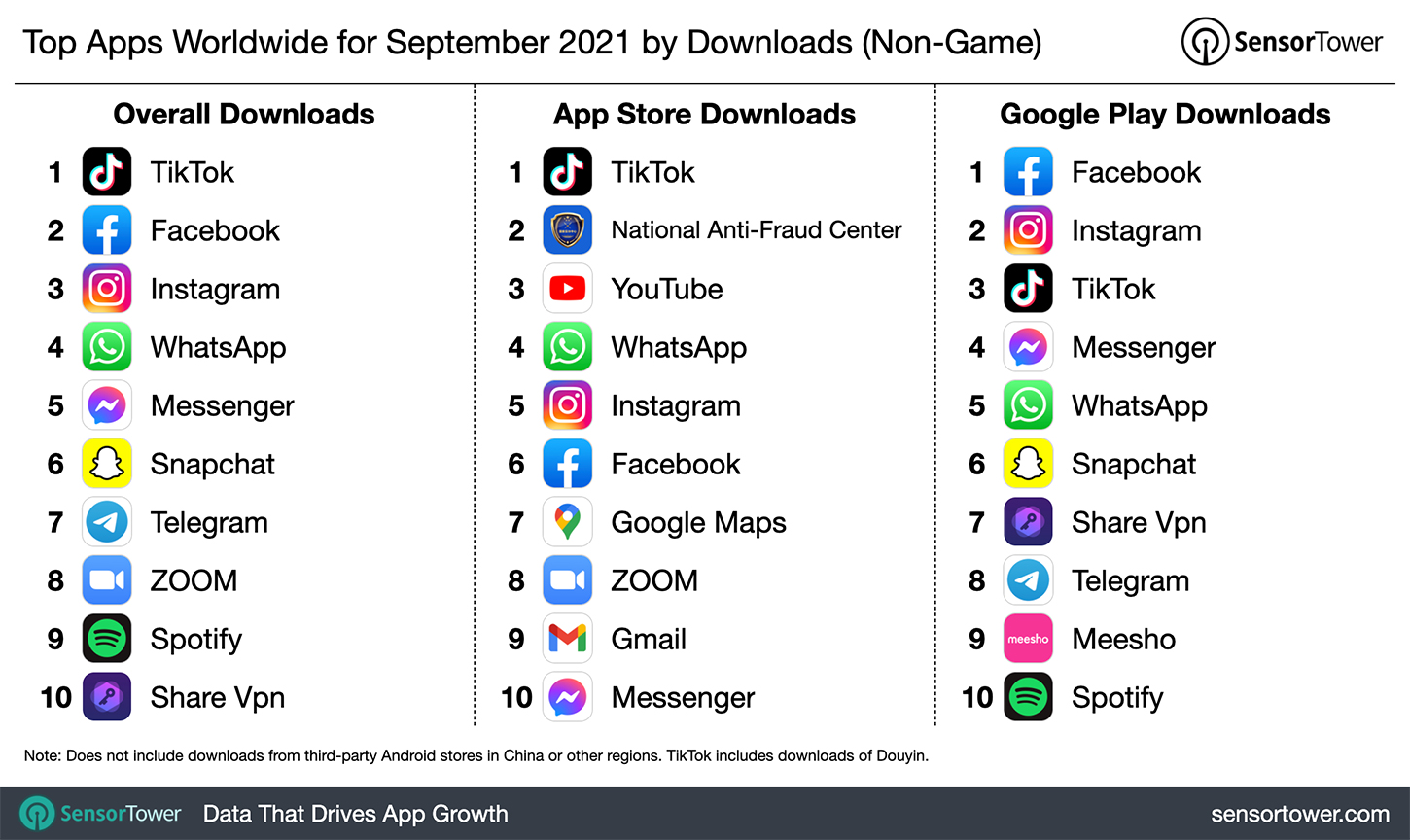 TikTok was the most downloaded non-gaming app worldwide for September 2021 with more than 59 million installs. The countries with the largest number installs were from Douyin in China at 16 percent, followed by the United States at 12 percent. The full top 10 ranking of non-gaming apps worldwide by downloads for September 2021 is above. App download estimates are from Sensor Tower’s Store Intelligence platform.

Facebook was the second most installed non-gaming app worldwide last month with more than 51 million installs. The countries with the largest number of Facebook installs were from India at 29 percent, followed by Indonesia at 7 percent. Instagram, WhatsApp, and Messenger rounded out the top five most installed non-gaming apps worldwide for the month.

Want to see how the rankings compared to the previous month? Check out the Top Apps Worldwide for August 2021 by Downloads here.

Store Intelligence users can see app download estimates for the above apps in addition to historical performance metrics on the Sensor Tower platform. Our estimates include downloads for the App Store and Google Play worldwide between September 1, 2021 and September 30, 2021. Apple apps and Google pre-installed apps are excluded. We report unique installs only. Android estimates do not include third-party stores. Figures represent aggregate installs of all app versions, ex: Facebook and Facebook Lite.