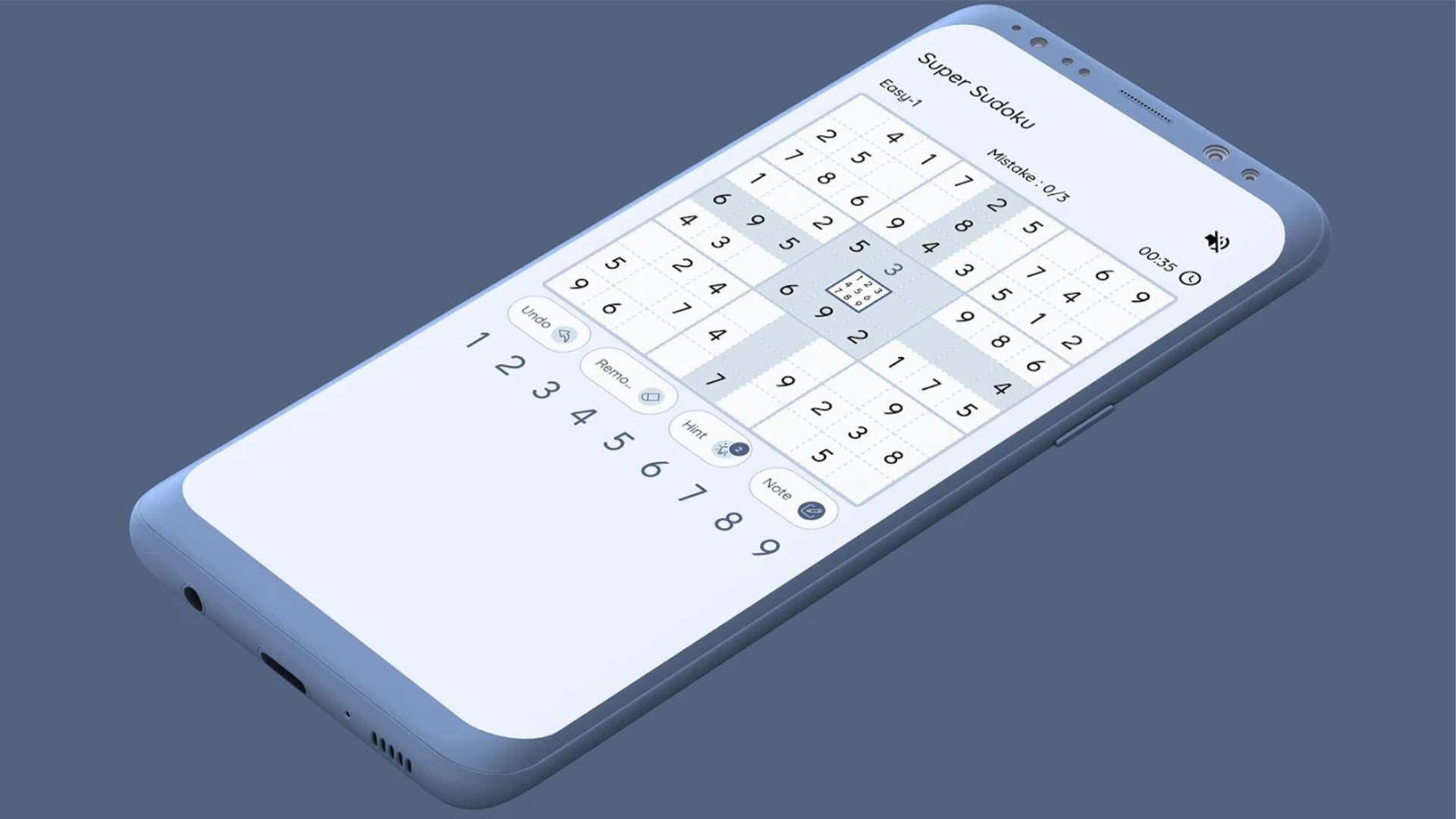 Sudoku is one of the older puzzles at over 100 years old. However, it’s still quite popular today as both a brain teaser and a relaxing activity. Older folks may recognize the puzzle game from newspapers, but you can buy full books of the puzzles on Amazon. Of course, you can also get them in app format on Android. Sudoku is a difficult game to screw up so most of the Sudoku games on Android are actually pretty good. Most poorly made Sudoku apps are due to UI or input issues rather than actual game mechanics. In any case, there are some that stand above the rest. Here are the best Sudoku apps for Android!

The best Sudoku apps and games for Android

AI Factory Sudoku is an above average Sudoku game from a fairly reliable developer. The game includes 1,500 Sudoku puzzles across five difficulties. Additionally, the game offers stat tracking, a fastest times counter, and completion percentage so you can see your improvements over time. Most Sudoku apps and games have a fairly simple UI and this one is no different. However, this one decorates a little bit more so it feels a little different. The free version has advertising while the premium version does not. Otherwise they are functionally identical.

Andoku 3 is one of the great Sudoku games for Android. The game features a simple design, unlimited undo and redo functions, an assist function in case you get stuck, and cloud syncing in case you switch devices. Plus, it supports nine difficulties and that’s more than most of its competitors. There are also tutorials, support for color Sudoku, and game stats as well. The free version contains ads and the pro version doesn’t. This one is also available for free to Google Play Pass subscribers. This one should definitely be more popular than it is. The first two Andoku games are also available on the Play Store and they are also fantastic. This is available via Google Play Pass if you have it.

Brainium Studios is a developer on Google Play with one of the more comfortable and enjoyable Sudoku apps on mobile. It has tons of puzzles and features like most. However, this one promotes itself as a learning tool rather than a standalone game. The app features a dark mode, unlimited undo and redo, landscape and portrait view modes, a few themes, and five difficulties. Like most, the free and premium versions are identical minus the advertising in the pro version. This one is clean and easy.

Conceptis MultiSudoku has a complicated name, but it’s actually a really good Sudoku app. This one specializes in multi-Sudoku, or multiple Sudoku puzzles in one game. The game includes up to five grids per puzzle, multiple difficulty levels, and a puzzle library that consistently updates with new content. Players get an assortment of free puzzles and then must pay for the rest. So far, few people have an issue with that system. This one is right up there with the best.

Enjoy Sudoku is one of the older Sudoku games on mobile. It doesn’t look like much. However, this is one of the truly great ones. The game has an absurd number of difficulty levels (17), the ability to add games by scanning them from your local newspaper, and tutorials for advanced techniques like X-Wing, sashimi fish, and coloring. There is also a hint and solver system in case things get a little too rough. It hasn’t seen an update since 2015 and that’s a real shame. It may not work properly on the newest versions of Android so make sure to try it out within the refund time if you decide to buy it.

Genina.com’s Sudoku game is one of the most popular versions on Android. The game includes four basic difficulty levels, a massive selection of puzzles, unlimited undo and redo, a hint system, and a progress tracker. The UI is slicker than most, but the numbers could be larger. Thankfully, the undo feature keeps that from being too much of a problem. Still, it’s a perfectly serviceable Sudoku game. Those with Google Play Pass can pick up this one for free with no advertising. Everybody else can view ads for free or pay $1.99 for no ads. You can also get the premium version on Google Play Pass for free.

OkayCode Sudoku Solver is a simple Sudoku solver app. It’s not a game and doesn’t have its own set of puzzles. You simply input the numbers from a puzzle from somewhere else and the app solves it for you. This is a good tool for folks who still use the newspaper or Sudoku books and need a hand. We wish the app had scanning support for easier input, but it’s entirely free with no ads or in-app purchases so it’s kind of hard to complain.

Sudoku – The Clean One is an up and coming Sudoku app. It features a slick, simple UI with both a light and a dark mode. It’s easily one of the best looking Sudoku apps on the list. Some of the other features include five difficulty levels, digit highlighting, auto saving, and an optional hint system. About the complaint we could find were about the advertising and those go away if you get the premium version. This one is pretty flashy but it backs it up with a solid, simple Sudoku experience.

Sudoku.com is the most popular Sudoku game on the list by a fairly wide margin. It has a metric ton of puzzles, daily challenges, seasonal Sudoku events, a number highlight function, a hint system, unlimited undos, and six difficulty levels. The game takes a mainstream approach to its features and UI so obviously this one isn’t for everyone. For instance, some players may need more than one hint per puzzle and don’t want to watch a short video for more puzzles. In any case, this is the McDonald’s of Sudoku and it’s good enough for many people. You can also get this one for free on Google Play Pass if you use it.

Super Sudoku is kind of our diamond in the rough pick for this list. It has some decent features and functionality. For instance, it works offline, includes various color themes, and there are player stats to see your progress. There is also a sleeker than average UI, five difficulty levels, a hint system, and some customization features. It’s relatively new and the numbers can be hard to hit on occasion if you’re not paying attention. Otherwise, this is a pretty decent (and free, with ads) Sudoku game.

Thank you for reading. Try these: