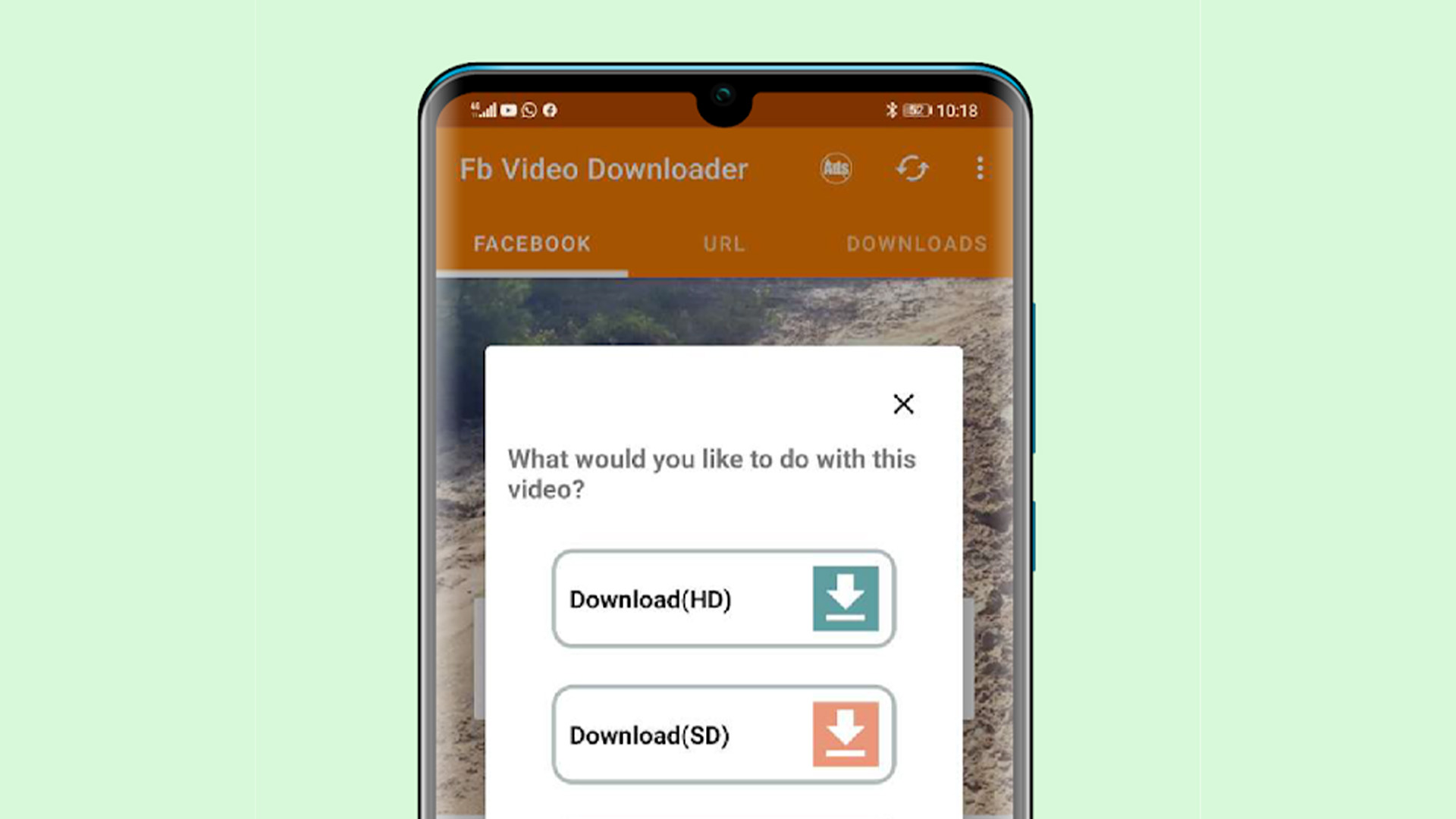 There are a variety of reasons people may want an image or a video from a social network. Maybe they want to share it with their friends or keep it to watch later. However, most social media apps make it rather difficult to procure those things. For instance, Facebook and Instagram don’t let you download video content. Instagram doesn’t let you save images that you like. There are a lot of social networks and a lot of various social media downloaders out there. We think we found the best ones so let’s check them out.

All in One Video Downloader

All in One Video Downloader lets you download videos from a few platforms. It supports Facebook, Instagram, and Twitter. You simply get the share link from the app, open this app, and paste the link into the app to obtain the video. The app also includes a video player to watch the videos or you can just use your device’s video player if you prefer. This one works most of the time, but some people may have intermittent issues here and there getting something to download, especially if they use it a lot in a short period of time. It has ad support without a premium version so prepare for ads.

ETM Video Downloader is a developer on Google Play with a few social media downloader apps. There is one for Instagram, Facebook, and TikTok. The apps are okay. There are a ton of ads and it can definitely make the experience much worse than it otherwise would be. However, all three apps actually did download content from the aforementioned social media sites when we tested it. This is not our first choice and we think the developers would be wise to make an ad-free premium version. However, if you just need one or two photos and intend to toss the app away afterward, these will do the trick. The button below links to the developer page so you can choose the one you want.

FastSave for Instagram is one of the best social media downloaders specifically for Instagram. It works with both photo and video content. You can save the regular photos and videos along with Stories as well. The app also includes a dashboard to manage everything, a viewer to see the stuff you saved, and a secret locker to hide away your special photos and videos. It even has a batch save function. Some people reported that the actual save function is a bit glitchy on some devices, but it worked reasonably okay for us. The app is free with advertising.

FastVid is a video downloader specifically for Facebook. You simply share a video link to the app and it does the rest. This one is nice because you don’t need to be logged in or even interact with Facebook except for obtaining the share link for the video. Like most, you can find, save, and watch the videos from the app. There is also an in-built browser in case you don’t want to use the official Facebook app. A few features are a little buggy, but the actual download functions seem to work well.

InShot Video Downloader is one of the bigger names in social media downloaders. It supports a variety of social media sites and you can download the videos in a variety of formats. You can even do MP3 if you just want the audio without the video. It also works for images if you need those. You can use this for TikTok, Instagram, Facebook, Vimeo, and other sites. The premium version is quite expensive at $11.99. However, this is one of the few social media downloaders with a premium version where you can permanently remove ads.

Photo Snatch is a bit of a wildcard on this list. It’s one of the newer social media downloaders and only came out in March 2021. It boasts support for TikTok and Instagram. It should also work on most websites with embedded video players. The app includes most of the usual stuff, including a video player, no watermarks, and a separate gallery for viewing your images and video content. It can also detect and remove duplicate files if you need to. It’s newer so there are bugs, but it seems to do pretty well compared to most.

Tmate is one of the most popular options for downloading TikTok videos. It doesn’t require a login, actually does help you download videos, and it claims to not have watermarks. In our testing, all of those things seem to be true, although long-term use is still up for debate. The functionality is pretty easy to use. You share a TikTok video to the app and it downloads the video for you. You can then watch it on your video player of choice. There are advertisements in the app as to be expected. They don’t seem too terribly intrusive, though, and it’s a lot lighter touch than some others.

Tweet2gif is one of the most popular tools for downloading GIFs off of Twitter. Twitter famously doesn’t let you download them for some silly reason and this tool makes it easy. All you need to do is share the tweet link to the app and the app parses it and returns a GIF. You download the GIF as an MP4 or as a looped animated GIF. The app works as intended. There are bots on Twitter that can do this same thing, but the app is just easier.

There is a manual method that doesn’t require any social media downloaders at all. Basically, any screen recorder is useful for capturing video content and any screenshot function can capture an image. It’s not the highest quality method of doing so and it requires a bit of setup, but it works 100% of the time. We have AZ Screen Recorder linked at the button, but most modern Android phones have a screen recorder function built-in. We also have a list of screen recorder apps as well as screen capture apps if you want to try something else. Again, it’s a bit funky, but it does always work as long as you don’t mind the on-screen elements for stuff like TikTok.

Here’s the thing. You don’t really need an app for a lot of this. There are downloader websites for basically any form of content, including Instagram photos, Facebook videos, and even stuff like YouTube videos. There are a ton so we won’t list them here, but you can easily find them via Google Search. Websites have the inherent benefit of not being apps so you don’t have to worry about anything funky happening on your phone. Plus, it’s more convenient for people who don’t download stuff very often in case they need a one-off download. The sites are usually free with a bunch of ads, but most of them do usually work.

If we missed any great social media downloaders, tell us about them in the comments! You can also click here to check out our latest Android app and game lists.