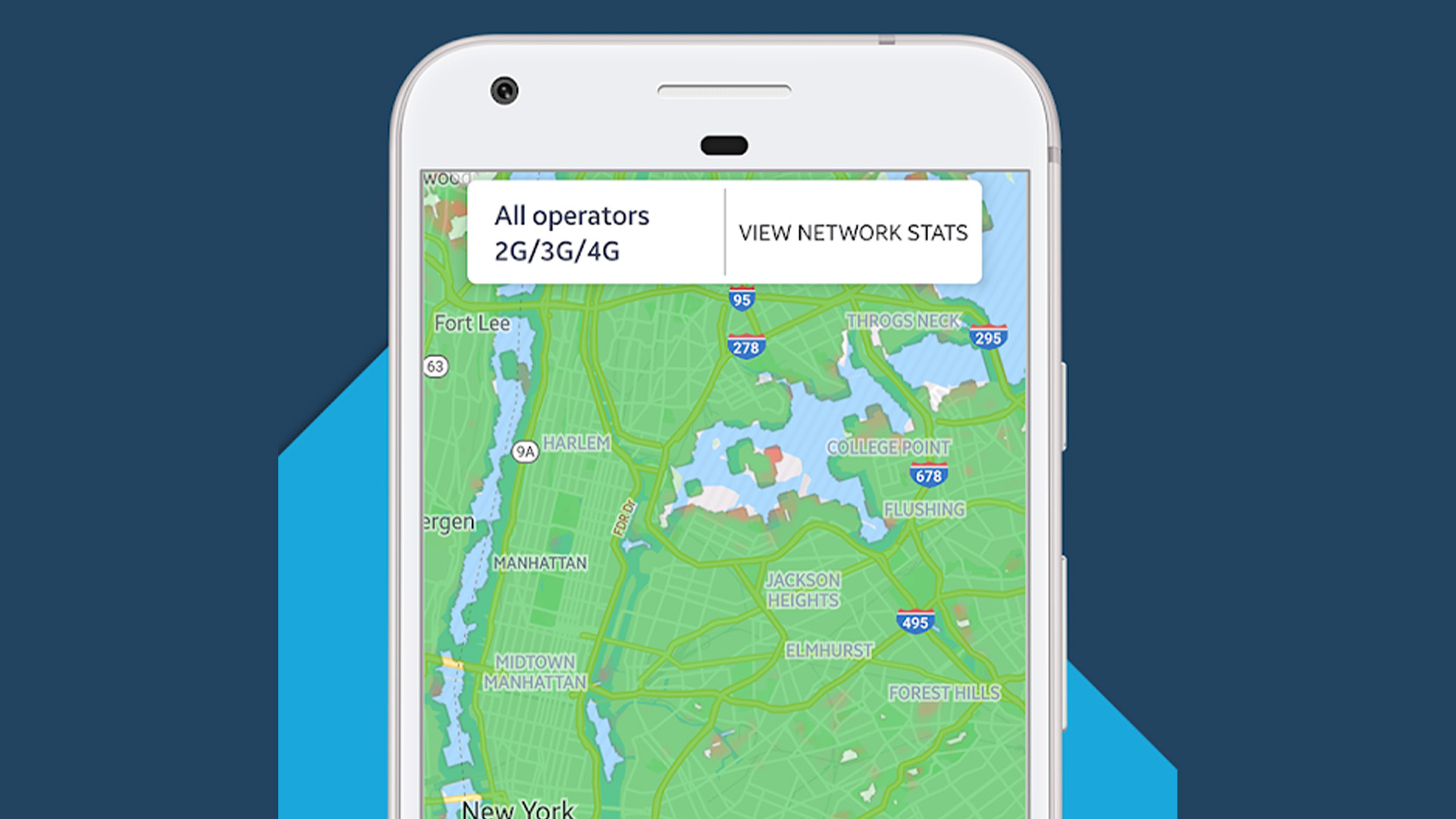 Let’s dash all hope before we begin. You can’t artificially boost your signal with an app. Most apps that claim to do so just toggle your mobile data or Wi-Fi on and off or some other super basic trick to reset the connection to the network. Basically, they are app versions of turning something off and back on again. However, there are apps out there that can help you identify problems to solve them more easily. There are various ways to fix such problems all on your own once you know what to look for. Here are the best mobile network booster apps for Android and some other methods too.

GlassWire is a useful networking tool. It shows your device’s connection and all of the data it both sends and receives. This is useful for folks with slow data speeds but decent signal strength because it can help root out apps that are abusing your data behind closed doors. It won’t help diagnose actual signal strength problems, but if something is popping off and using constant data, it’ll definitely manifest as slower speeds and inconsistent connections. We recommend starting here, and the free version lets you view the data usage of all of your apps.

There are several IP Tools apps on the Play Store, but we chose this one for its cheap price tag and relatively good functionality. The app has a bunch of functions, including a port scanner, Wi-Fi scanner, a DNS lookup, an IP-host converter, and more. This is a bit more hardware than your general networking tools on mobile, but it can provide good insights into why your signal isn’t performing as well as it should (on Wi-Fi, at least). The pro version is a single $2.99 in-app purchase.

Network Cell Info helps you find the nearest cell towers. The bad signal comes from a variety of factors. One of which may just be the distance from a tower. An app like this shows you where the towers are to see how far you are away. It should work on both GSM and CDMA carriers, and it supports dual-SIM as well. Some other features include signal measurements and a crowd-sourced signal finder. The pro version is $1.49, and you need to unlock some of the features.

OpenSignal is a lot like Network Cell Info. It shows you the 3G, 4G/LTE, and 5G towers in your general vicinity. However, this one also works with Wi-Fi signals. Basically, if you can connect to it, OpenSignal can probably find it. This one works well for a variety of reasons. The best, though, is that it compares signal strength between the big three carriers in the US to see if maybe a different one has a better signal where you live. There is also a coverage map so you can see if maybe you just live in a weak zone on your carrier. There’s a lot of good information here to help diagnose a signal problem, making it one of the better signal booster apps.

There are a bunch of Wi-Fi Analyzers on mobile. We like this one because it’s relatively easy to use, gets frequent updates, and works really well. The app not only shows you the Wi-Fi signal from your home but those from nearby homes as well. You can get a really good sense of the network congestion in your space with this app. From there, you can adjust your router settings to broadcast on less cluttered channels, and that may help your signal issues. This one supports 2.4Ghz and 5Ghz connections and a bunch of other stuff.

Most modern routers are configurable via an app. Linksys, Netgear, TP-Link, and other OEMs have apps. These apps are beneficial because you can toggle and change various settings. For instance, I own an Asus router, and I use the app all the time. I can view things like system performance, make the router itself run a speed test (not over a wireless network), and change all kinds of settings like my DNS. Sometimes, routers come with less than ideal settings that you can change and help things out a bit. You may also want to consult forums and such to see what other people have done so you don’t mess things up too badly.

Get a signal booster from your mobile carrier

Verizon knows how to hide their towers.

Sometimes there is no fix, and you need some extra hardware. Most mobile carriers have an option for a signal booster. A signal booster is a piece of hardware you install in your house. The boosters work in two different ones. One type receives a signal from the OEM and boosts it to function properly in your house. The other type connects to your house’s Internet and connects to carrier servers from there. All three major US carriers have them, and some of them do some unique stuff.

Signal boosters are generally not too expensive, and a tech will install one if you don’t have the know-how to do it yourself. The boxes should fix any weak signal issues inside of your home, but they obviously don’t work when you’re out and about. Below we have official signal boosters from the big three US OEMs, and they work a lot better than those fake signal booster apps in the Play Store.

Dig around your settings

Sometimes your phone has bad settings or settings that get in the way. For instance, my area currently has slightly spotty 5G coverage. I turn off 5G on my Samsung Galaxy S22 Ultra and it defaults to the much stronger, much more reliable 4G LTE network. This not only saves battery, but my upload and download speeds are more consistent. This is something you may be able to replicate. Many devices let you choose whether or not to connect to 5G or 4G LTE. Additionally, if you have both a 2.4Ghz and a 5Ghz Wi-Fi connection in your home, you may have mistakenly connected to the wrong one.

This is extremely generic advice because devices have many independent settings. For instance, Samsung devices can download things over mobile data and Wi-Fi simultaneously to boost their performance. Moving away from a Samsung device to another device may make it seem like your connection is much worse when Samsung was really just using two connections at once.

We recommend rooting around your Network settings and your Wi-Fi settings and seeing what you can see. Don’t worry, you can’t do any permanent damage, but take a screenshot of the way your settings were before you change anything in case you want to change back. Also, try rebooting your phone. Sometimes you just need to turn it off and back on again.

See if your phone has signal issues

Some devices just have weaker antennas. It’s not a thing too many people measure anymore, but it happens. Anecdotally, my ZTE Axon 7 had worse signal strength compared to my LG V20. Consequently, my former Samsung Galaxy Note 10+ had a stronger signal than my former LG V60 (by about one bar). The device’s modem is attached to the SoC, so every phone with the same chipset uses the same modem. However, device design, antenna design, and other factors may simply make one phone worse at retrieving a signal than another.

You can’t do much about it if this happens to you outside of maybe upgrading to a different phone or using a signal booster from your mobile carrier. Usually, the differences in the signal aren’t devastating, but if your signal wasn’t great to begin with, a phone with natively worse reception might be the tipping point.

Use your Wi-Fi when available

A common tactic is to simply avoid your mobile data unless you have to. Many devices these days let you make phone calls over Wi-Fi, and a lot of people can simply make calls over Facebook Messenger or a similar data-only service. By using Wi-Fi calling and avoiding your mobile network, it doesn’t matter if your signal isn’t great indoors because you’re not using it anyway.

There are people out there who have weak mobile signals with no easy solution. Maybe you live out in the middle of nowhere with hardly any cell towers from any mobile carrier. Maybe your house is constructed out of materials that block signal. People who spend a lot of time in basements really can’t do much.

Your best bet if none of the above works is to look for alternative options. Sure, that T-Mobile deal may have been sweet, but if T-Mobile doesn’t have towers where you live, what’s the point? This can happen with any carrier as some areas have weak support all around. Check out coverage maps of the carriers in your area to see if any of them have towers out there that may give you a better signal.

If we missed any great signal booster apps for Android, tell us about them in the comments. You can also click here to check out our latest Android app and game lists.

Thank you for reading. Check these out too: