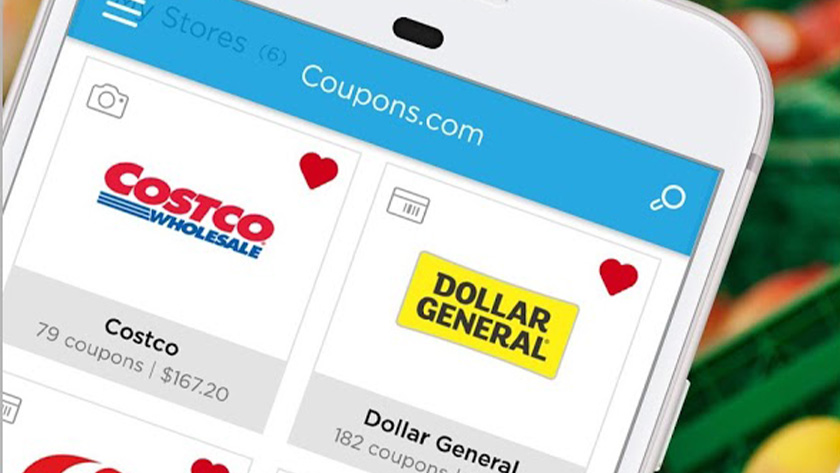 Getting a great deal just feels good. People will do just about anything for a good deal as well. That includes shopping sales, looking at different stores, and using coupons. Coupons have been around for a very long time and manufacturers use them to move products off of the shelves. Plus, stores give them out to get people in the door. That benefits us consumers since we get new stuff for cheaper. You find them all over the place, but where are the best ones? Well, here are the best coupon apps for Android.

The best coupon apps for Android

Coupons.com is about as typical of a coupon app as it gets. It features coupons for grocery store items mostly. You simply take a photo of your receipt. The app then reimburses you the money if there are coupons available for those products. It boasts 100s of coupons, store loyalty card support, and a totally paperless experience. The developers are still working out some kinks. However, this one is a solid experience overall. It’s completely free with no in-app purchases. There are some ads, though.

Flipp is fairly typical as far as coupon apps go. It will dredge up all sorts of deals on a daily or weekly basis that can help save you money. One of the unique features is the ability to redeem a coupon and have it attached to your loyalty card. That way all you have to do is remember to swipe your loyalty card at checkout to get all the deals. Additional features include the ability to receive notifications about new or expiring coupons, support for 800+ retailers, and more. The app is free to download and use.

Groupon is one of the more recognizable coupon apps out there. It supports over 500 cities. It also features a decent design and it’s easy to use. There are deals for a bunch of different things as well. You can even find deals for vacation destinations and hotels. Other features include specialized deal collections for holiday shopping. It’s an overall simple app, but the things that it does seems to be good. The app is entirely free. However, due to its popularity, there are some bunk deals that either expire before you see them or never existed at all along with the occasional shady business tactic. There are good deals here but tread carefully.

Ibotta is one of those coupon apps that work on a cash-back reward program. The basic premise is that you get deals to shop at specific stores. You then earn cashback that you can have sent to a Venmo or PayPal account. Unlike most, you can use Ibotta alongside other apps such as Groupon to combine savings and cashback. It boasts over 700 compatible locations and it’s compatible with loyalty rewards points as well. You could do worse for sure.

Krazy Coupon Lady is a coupon app that helps you find stuff from other coupon apps. It boasts a decent range of compatible stores, including many drug stores and grocery stores. You’ll be able to surf coupons from apps such as Checkout 51, Ibatta, and a variety of others. You’ll also be able to create shopping lists, sync across multiple devices, and various written and video tutorials to help teach you how to use coupons better. It’s among the highest-rated coupon apps, even if it’s not as popular as many.

Rakuten (formerly Ebates) is one of the better coupons apps with rebates. It delivers coupons like most coupon apps. However, the majority of its savings occur in the form of cash back. You make purchases, the service gives you a few bucks of it in return. Over time, this adds up to a fairly respectable sum of money. There are many apps like this one. However, this one seems to work better than most. Don’t take that the wrong way, it’s not without its issues. Still, it’s not a bad app by any stretch.

RetailMeNot is one of the more popular coupon apps on the list. It has a swatch of features, including most of the ones we’ve discussed in other apps on the list. You can find deals for over 50,000 retailers, redeem cashback offers, and you can even scan barcodes directly from the device. It has a lot of flashy features and deals. That makes it an ideal starting point for beginners. It has a good design, but it’s also a fairly heavy app. Don’t be shocked if your battery drain gets a little worse.

Slickdeals is a fairly popular app for deals. It’s not necessarily a coupons app. However, it identifies various great deals from various outlets. In fact, I personally found an LG B7 OLED TV from here in late 2017. Additionally, it lets you know about things like price matches, sales events, and other opportunities to get good stuff for less money. The notifications can be a little annoying, but otherwise, this is a solid app for deals and sales. It’s also free with predictable advertisements.

Tiendo is a reasonably decent deals and coupons app. It covers deals across 44 countries with weekly catalogs and coupons for various businesses both online and in real life. The app also helps with store locations, store hours, phone numbers, and an interactive map. In addition, the app can even store your loyalty cards and keep a shopping list. It goes for the all-in-one experience and they did a fairly decent job with it. It’s not perfect but it’s quite good.

A lot of brick-and-mortar stores, as well as online stores, have their own apps. We’re talking about Newegg, Amazon, Walmart, Best Buy, and many, many others. These apps generally have the latest sales from each store along with “mobile-only” deals that you can take advantage of. In particular, online stores like Amazon and Newegg usually have specific deals that you can check on as the day progresses. Many of these deals don’t typically make it to coupon apps. There are tons of stores with their own apps, so we recommend sticking to the ones that you’re interested in so you don’t overload your device storage.

If we missed any of the best coupon apps for Android, tell us about them in the comments. You can also click here to check out our latest Android apps and games lists.