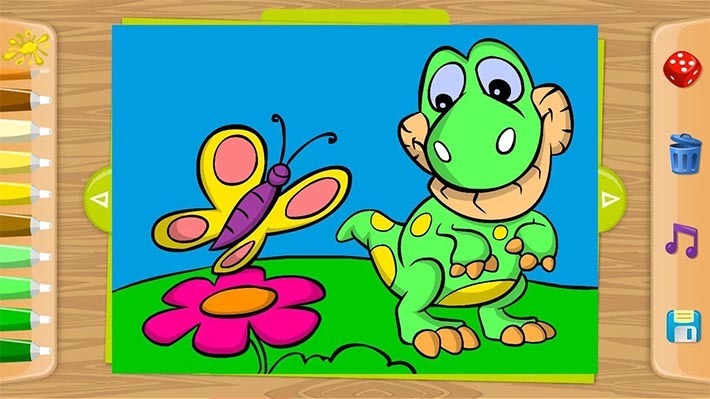 It’s probably true that babies shouldn’t be holding expensive smartphones or tablets. They have a penchant for breaking those things. However, if you’re brave, your mobile device can be a small window to a world that can entertain your kids for hours, and sometimes it can even help educate them. Babies don’t have a ton of fine motor skills. The best games for them are simple ones where they can just hammer on the screen and enjoy the fun colors along with the goofy sound effects. Here are the best Android baby games.

Androbaby is a developer on Google Play. They have done quite a few baby games. Some of them are perfect for young kids. Some of the games include First Words for Babies, Kids Farm Game, Baby Flashcards, Animal Sounds, and Learning Colors for Babies. They have games for older folks too such as 2048. Most of the games are free with ads. You can usually remove the ads for a nominal price. Those who subscribe to Google Play Pass can get most of Androbaby’s games for free.

App Quiz is another developer on Google Play. They also have a decent number of good baby games. Some of the titles include Baby Puzzles, Baby Musical Instruments, Baby Balloons, Toddler and Baby Games, Car Wash for Kids, and several more. The games are simple, colorful, and noisy. They’re essentially just mobile game versions of real life kids toys. Each game is free to download. There is advertising if you stick with the free version. The paid versions remove advertising.

GoKids is another developer that does a lot of baby games. Most of them aren’t educational. You can find some educational stuff thrown in as well. Their biggest games include Animals Farm, Baby Zoo Piano, Learning Shapes, and Ocean Bubbles Pop. Most of the games are free to play with advertising. You can usually pay to remove that advertising. A few of these are for older kids. It’s just something to keep in mind if you run into one that’s too difficult for your baby.

This is another developer on Google Play that does baby games. There aren’t as many as some other studios. However, they seem to do pretty well. Some of the better games include Balloon Pop, Kids Preschool Learning, Alphabet for Kids, Kids Shapes, and Baby First Words. Some of them work really well. Others have a few bugs that may affect the playing experience. We recommend checking out the user reviews to see which is which. Most of them are free to download, but the free version may have advertising. The premium version of these baby games are usually relatively inexpensive.

Khan Academy Kids is technically an educational apps for kids. However, it educates by letting kids play games. The games teach things like math, reading, phonics, writing, and even some extra stuff like social development. The games are easy enough to play and help engage young minds. There is a personalized learning path so your kids don’t get stuck doing stuff below or over their heads. Obviously, this app is for younger kids. Khan Academy Kids is free to use with no in-app purchases or ads.

Kidloland is actually one of the better mobile baby games available right now. It boasts over 300 mini-games, interactive videos, nursery rhymes, stories, and more. Most things are downloadable for offline use. Additionally, no version of this app has advertising. However, it does have a lot of different ways to pay. You can buy things as individual in-app purchases. There is also a subscription service that gives you access to all of it. The app is fairly good with a lot of stuff to do. We understand if that subscription price seems like a bad idea, though. We’re definitely not fans of it, either. However, this one offers more than some developers offer in their entire catalog, so it’s worth looking into.

Lively Mind is another developer on Google Play with a bunch of baby games. They have about a half a dozen titles right now. They cover topics like singing songs, simple puzzles, rhymes, music, and some general stuff like animal sounds, fireworks, balloon popping, and more. The games are relatively simple and most babies shouldn’t have any problems with them. The apps also work without many issues. Unfortunately, the free version do contain ads. However, the premium versions are inexpensive and they do remove the advertising.

Magic Joy Doodle is a simple doodling app for both kids and adults. You draw things in bright, neon colors on a black background. You can then play the whole sequence back and re-watch what you had drawn. There are a few different color variations, various doodle patterns, and you can save images for sharing on social media later if you want to brag. The color randomization and ease of use make great for younger kids and the premium version is also fairly cheap.

Outfit7 is among the most popular developers on Google Play. They do the Talking Tom series of games. Some of their titles include My Talking Tom, My Talking Angela, and many others. Each game is slightly different from the one before it. Their latest title, My Talking Hank, is actually a sim where you take care of a puppy named Hank. Even more recently, they launched My Talking Angela 2, which is admittedly a bit mature for babies. It’s all very adorable. Your kids basically make noises at the animals and they make the same noises back. These may be a bit too much for some kids. However, they’re free to download. Make sure to password protect your Google Play account. These have in-app purchases.

If we missed any of the best baby games for Android, tell us about them in the comments! You can also click here to check out our latest Android app and game lists!