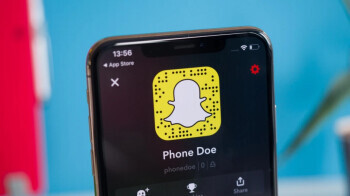 Yesterday we told you that Facebook parent Meta said that Apple’s App Tracking Transparency (ATT) feature, which allows iOS users to opt-out of being tracked for the purposes of receiving custom online ads, will cost Meta $10 billion in revenue this year. That bit of news, along with Meta announcing that it will fall short of Wall Street’s expectations for first-quarter 2022 revenue, sent the company’s shares down 26.4% on Thursday to $237.76, a loss of $85.24.

For the fourth quarter of 2021 Snap had revenue of $1.3 billion, up 42% year-over-year. Net income for the three-month period hit $23 million, the first time that the company was in the black during any quarter.

In 2021, Snap grossed $4.1 billion, up 64% compared to the same quarter a year ago. The company still was in the red for the entire year, but the net loss declined 48% to $488 million on an annual basis. Snap Chief Financial Officer Derek Andersen said that the company’s first quarterly profit and the improvement in the amount of red ink it spilled in 2021 can be attributed to how the company’s advertising business “began to recover from the impact of the iOS platform changes quicker than we anticipated.”
During regular trading hours on Thursday, Snap shares declined $7.57 or 23.60% to $24.50. Most investors figured that Snap would be making a similar grim announcement about Apple’s ATT as Facebook did. Instead, after the earnings report was released, Snap soared $14.50 or 59.18% to $39. That is still far off the 52 week high above $83.

Snap says that it has developed tools to help advertisers adjust to the large number of iOS users who do not want to be tracked for custom advertisements. Jeremi Gorman, Snap’s chief business officer, admitted that it will take time to adjust but said “We are pleased with the early progress.”

Other companies have also reported that the market for digital advertising is strong. Google reported a 33% year-over-year hike in total ad revenue which includes Search (up 36% over last year), and YouTube (up 25.3% on an annual basis). Microsoft foreshadowed its upcoming earnings report when it said that the ad market is strong for LinkedIn ads, and for ads on its Bing search engine.
While Meta forecasts a shortfall for its first-quarter profits, Snap expects revenue for the quarter to reach $1.08 billion topping analysts’ expectations. In addition, Snapchat’s Daily Active Users (DAU) rose 20% in Q4 to 319 million. DAU numbers improved sequentially and year-over-year in North America, Europe, and the Rest of theWorld.

Also, the Daily Active Users number has seen 20% year-over-year growth for five consecutive quarters. That is due to the strong usage of the Snapchat app by teens and young adults.

Snap also noted that it has been investing in its AR platform and revealed that its 18 New Year’s Eve Lenses generated more than 7 billion impressions. New features have been added to its Lens Studio including “a new Sounds Library, real-world physics, world mesh, and an API library for real-time data.”

Snapchat also released a feature for the Google Pixel 6 and Pixel 6 Pro called “Quick Tap to Snap” allowing users of those two phones to access the Snapchat camera with two simple taps on the lockscreen. And Snap’s first original programming, “The Me and You Show,” starring Snapchatters and their friends, reached more than 50 million viewers.

And for those Disney fans out there, new Lenses were released featuring characters like Elsa from Frozen and Timon from The Lion King.

The difference between Meta and Snap is that Snap has been able to work around Apple’s ATT and rolled with the punches. Facebook/Meta yelled “bloody murder” and spent its time picking on Apple instead of finding a solution as Snap did. That’s why Meta shares collapsed by over $85 on Thursday and Snap shares are poised to rise over 50% on Friday morning.