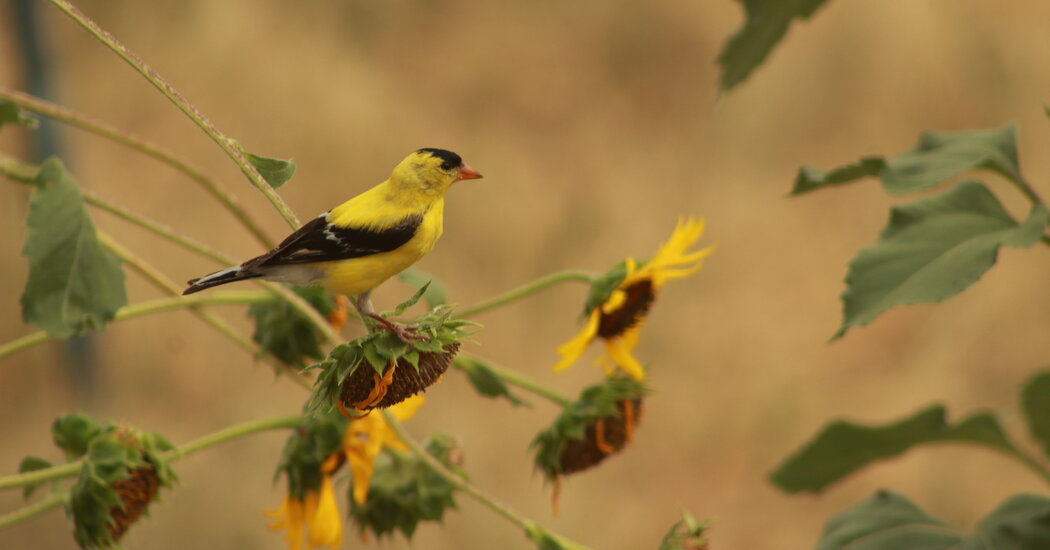 Then I started seeing the names of birds I’d never seen in this yard before, birds that for me have existed only as undifferentiated sounds in the trees: Kentucky warbler, blue-gray gnatcatcher, yellow-breasted chat. The new bird I’d been hearing but not seeing all summer long, the one whose song sounded to me like, “Here, here, do you know my name?” turned out to be a magnificent summer tanager. Merlin also picked up the song of a yellow-throated warbler, a bird the app identified as uncommon for this area. I knew two were here because one of their babies fell out of a nest onto my son’s car — it was safely reared by the wildlife experts at Walden’s Puddle and released back into the wild — but I had never heard them sing. At least, I didn’t know what I was hearing when I heard them sing.

This enchanting app is aptly named. Watching those birds appear on my phone screen in response to the sound of their voices in the air was a kind of wizardry — like watching the notes of a song become visible, like having fairies or angels suddenly embodied before me. Merlin made me see what before I could only imagine.

The timing for this app is perfect. During the pandemic quarantines, many people took up bird-watching as a pastime, and people who notice birds almost invariably become people who love birds. Love can’t save the environment, of course, but when enough voters fall in love, they can surely shift the political winds toward preservation.

That’s because we are a species motivated by love. Our most powerful work is done in the fervor of love; our most urgent effort is born from the fear of losing what we love best. To save birds, we need to make the whole human race fall in love with birds. What if all the people with phones in their pockets could suddenly hear beyond the sounds of their own machines? What if we could all discover how surrounded we are by bright-winged fairies and golden-voiced angels come down to live among us?

Thanks to the Cornell Lab of Ornithology, now we can.

Margaret Renkl, a contributing Opinion writer, is the author of “Late Migrations: A Natural History of Love and Loss” and the forthcoming “Graceland, at Last: Notes on Hope and Heartache From the American South.”