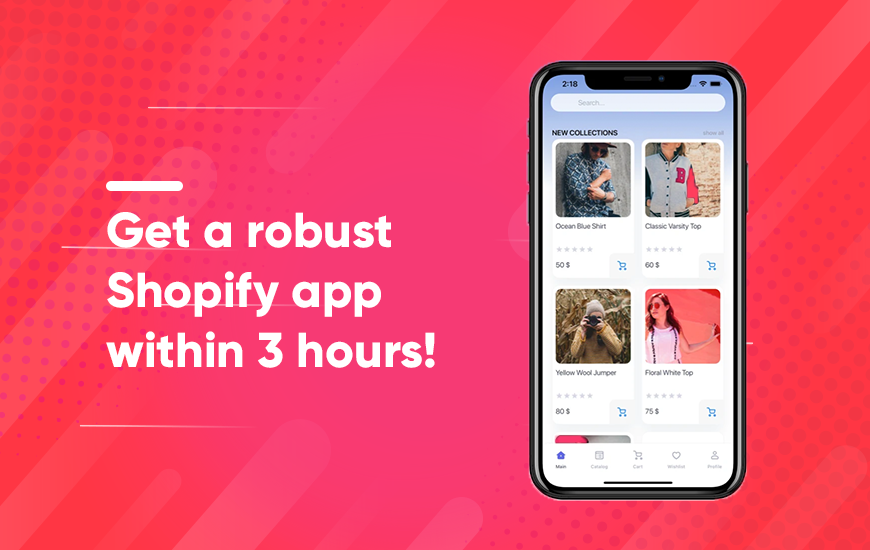 Shopify has gained quite good popularity since its inception. A report by Oberlo states, Shopify has a market share of 23 percent in the US among other e-commerce portals. Now, as Shopify is an amazing portal for users to create their stores on, many apps are existing to make the onboarding process easier.

In this blog, we are talking about one of such top apps from the Apple and Shopify app store. The KUKApp Shopify is used to create Shopify stores seamlessly. However, we will discuss more about this app further and rate it accordingly.

“Most low-code app builders are still a major time investment for entrepreneurs: they have to prepare their apps for submission with the app stores, including description and screenshots. This can take up to several weeks, and the app might never be approved by the App Store or Google Play. The process also requires some IT skills. Not to mention the fact that many app builders charge fees for additional features. We created a solution that helps businesses save time and money.”

“We designed KUKApp so our customers’ apps can work in automatic mode, and small businesses don’t have to configure anything. To speed up the app approval process, we use Apple and Google native languages, Swift and Kotlin. We also monitor the stability of the apps and update them when new devices and software are released. Every app’s interface is made in our customer’s individual corporate colors.”

The KUKApp mobile shopping app is a revolutionary solution for faster Shopify store app development. The app is also capable of providing users with the outcomes which are secured and safer for their customers to use. Furthermore, we are throwing some light on other crucial features of this Shopify online store builder.

One of the best features you can get with KUKApp is creating your app within 3 hours along with the integration of your store’s CMS. The development process is fast but it does not sacrifice the quality of the app. By incorporating corporate colors in the app, you can build an outcome of the top-notch quality.

3. Get your app approved within 24 hours by App Stores

App Stores take a maximum of up to 24 hours to approve the apps built on the KUKApp app. This can be said that the KUKApp is the only tool capable of doing that.

4. Alert system and other features

Your Shopify online store app can have advanced features like alerts for price changes, discounts, and more. Apart from this, there are filters as well to make the experience for users easier. In short, with KUKApp, you build an app for your Spotify store that is reliable and fast.

KUKApp services are divided into three categories according to their prices. Let’s have a look at them-

The KUKApp app, just like any other app, has a few pros and cons. To rate the app better, let’s have a look at them-

In the end, I hope this KUKApp app review gave you an insight into the question: how to turn Shopify store into apps with KUKApp? Now, if you own a mobile app as well and want to get your app reviewed, you can contact MobileAppDaily. It will help you in marketing your app well.


She is an avid writer of technology and trending mobile apps. When she is not busy updating you about the tech world, she spends time reading books and playing guitar.