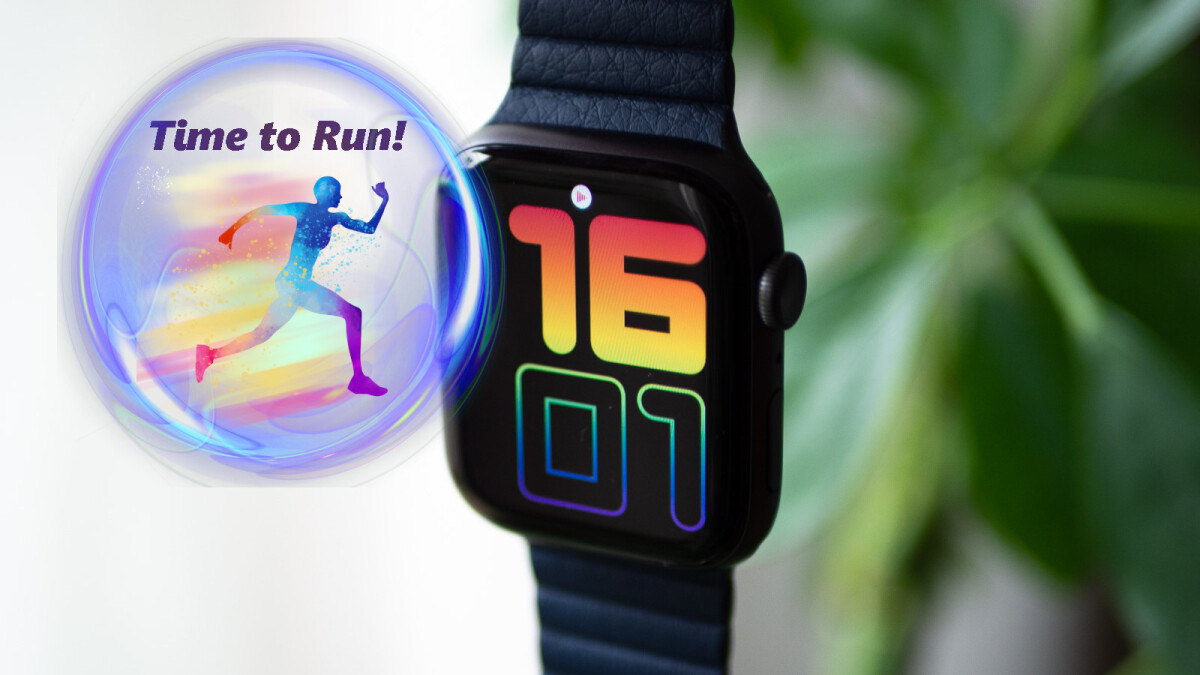 The Apple Watch series 7 is expected to be launched in about a month’s time, and we’re expecting it to come with plenty of improved health features and probably a switched up form factor as well.
Among these health-oriented improvements will most likely be a new “Time to Run” feature for users of Apple Fitness+, making their running fitness regime even easier to follow. This addition is reported to be on the way by Bloomberg’s trustworthy Mike Gurman, who received the information from insider sources.
The new Time to Run addition is a welcome follow-up to the still relatively new “Time to Walk” feature, which was introduced to the Apple Watch in January. Time to Walk allows wearers to choose from a collection of stories from influential people and celebrities to listen to while they perform one of the most health-beneficial activities on the planet.
It can be much easier to enjoy a long walk while engulfed in an interesting and thought-provoking story, which includes accompanying visuals on the actual watch to spice things up. The Time to Walk episodes can be discovered on the Apple Fitness+ iPhone app, and downloaded and sent directly to your Apple Watch—to listen to with your soon-to-be new AirPods 3, perhaps.
Gurman claims an additional feature called “Audio Meditations” is also on the way as a further expansion of the Time to Walk pack, which the tipster doesn’t elaborate on but calls “self-explanatory.” This is probably very similar in functionality, but with an episode library catered to helping you calm down and relax, while the Time to Run library probably features new episodes meant to pump up and energize users.

Like Time to Walk, both Time to Run and Audio Meditations will most likely be features exclusively available to subscribers of the Apple Fitness+ program, which starts at $79.99 a year (or $9.99 a month). When Time to Walk launched, Apple released new episodes on a weekly basis up until April, and this may once again be the case following the launch of these upcoming new features.

Other changes to expect in the Apple Watch 7

Apple is usually very secretive with many of its products, right up until the launch date, so most of the details we have are leaks and insider reports that haven’t yet been confirmed by Apple. We have solid grounds to expect the Apple Watch 7 bezel to have been trimmed back a bit, though, although the watch body itself is going to be a tad thicker to make room for a bigger battery this year.

The Watch 7 is coming equipped with a faster S7 processor as well, alongside improved wireless connectivity updated to support ultra-wideband.

The newest Apple Watch is currently estimated to cost around $399 (similar to its predecessor’s release price), although we’ll find out for sure soon enough.

There have been rumors that the Watch 7 will feature blood-glucose monitoring, but that has been written off as only a possibility for the Watch 8 or later. A recent Apple patent also suggested that the watch’s haptic engine, which made its debut into the product line with the Apple Watch 4 in 2018, may be removed with the Watch 7. Instead, the vibrations could be produced by the battery itself, upgraded and attached directly to the screen.

There’s more than a watch coming…

The upcoming September Apple event that will reveal the new Apple Watch 7 has plenty more than that in store for us, as we all know.

The iPhone 13 flagship family is guaranteed to be in next month’s livestreamed event, with its new-and-improved cameras and faster processing chip stealing the spotlight.
The original Apple AirPods are getting their first official revamp as well, while the AirPods Pro 2 are not too likely to hit the markets until 2022. We hope to get our first look at them at the September event. Unlike the upcoming Pro 2’s, these “AirPods 3” won’t try to push technological innovation to the limit, but will be a slight upgrade to the originals without featuring ANC, and sold at a more affordable price point.
A 14- and 16-inch revamp of the MacBook Pro is also surmised to be waiting for us this winter, although likely in the succeeding October/November event rather than September. A new iPad mini version is also expected to be announced at that time, with a larger screen size of up to 9 inches.