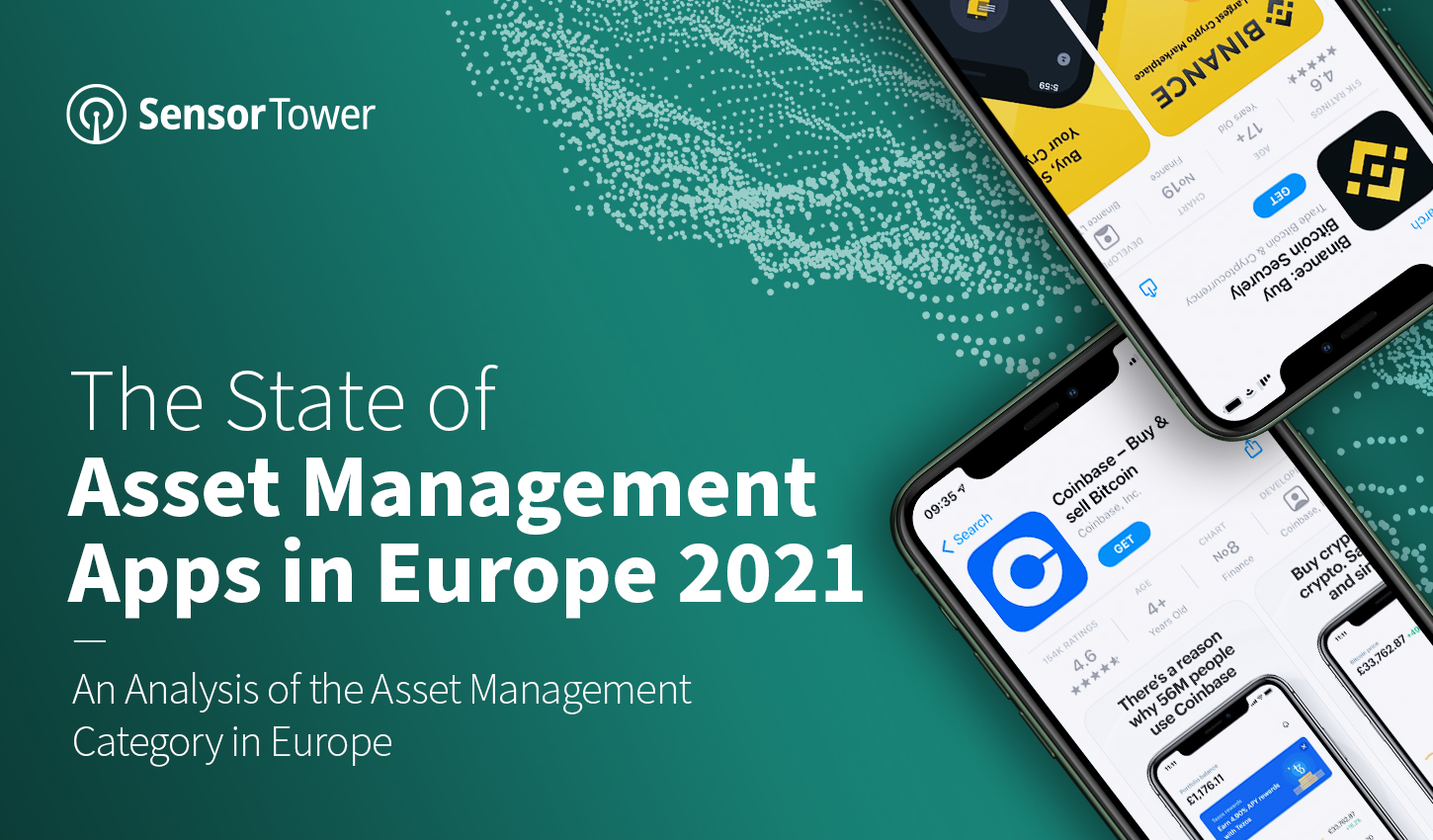 Asset management mobile apps in Europe collectively saw record growth in 2021, driven by consumer interest in cryptocurrency. Sensor Tower’s latest report, available now, reveals installs of the top asset management apps across 32 countries in the region reached 90.2 million in the H1 2021, more than triple the 28.4 million they saw in H1 2020.

The top 100 asset management apps were downloaded collectively 90.2 million times by European consumers in 1H21, up 218 percent year-over-year from 28.4 million in 1H20. This outpaced even the growth seen by the cohort in 1H20 when the apps’ installs rose 114 percent Y/Y from 13.3 million in H1 2019. The boom in first-time downloads so far this year has been driven mainly by cryptocurrency apps—eight of the top 10 most downloaded apps were of that type, led by Binance, Paribu, and Coinbase. Those three along with Crypto.com and BtcTurk Pro accounted for 45 percent of the total growth of asset management apps.

As consumer interest in cryptocurrency swelled in early 2021, both mobile app adoption and the value of Bitcoin saw explosive growth. In Europe, collective downloads of the top cryptocurrency apps peaked at 710,000 installs on April 17 and Bitcoin’s value hit an all-time high of more than $64,000 that same month. Binance was the most downloaded cryptocurrency app across Europe, topping the charts in every country except for Austria and Romania.

Although cryptocurrency app adoption has since slowed, it’s possible that first-time installs may pick up again in the future as consumer interest remains volatile.

Tinkoff Investments was the most downloaded multi-asset trading app in Europe in 1H21, climbing 112 percent Y/Y to 3.3 million. Nearly all of its installs came from Russia’s app stores, which represented 98 percent of European downloads in the first half of the year, indicating that apps in this category are still mainly targeting individual markets.

For more analysis from the Sensor Tower Store Intelligence platform, including key insights on the performance of top asset management apps in Europe as well as a breakdown of market shares, download the complete report in PDF form below: