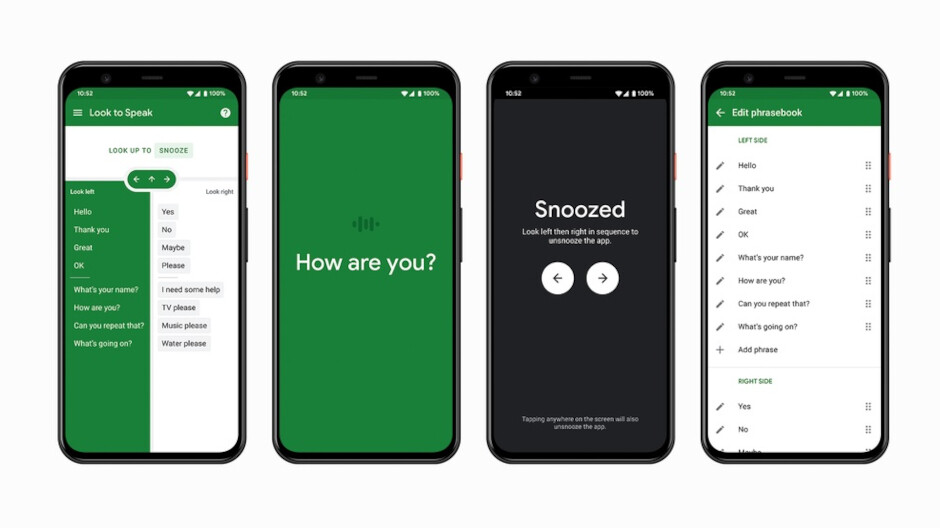 Besides Will Smith slapping comedian Chris Rock across the face for making a joke about Jada Pinkett Smith’s shaved head (she suffers from alopecia, an autoimmune disease that can lead to hair loss), another takeaway from last night’s Academy Awards telecast was Apple’s “CODA” becoming the first movie from a streaming service to win Best Picture.
But Google had its moment too. During the show, it advertised an app called “Look to Speak.” The app, which was released in 2020, helps those with debilitating conditions, such as Lou Gehrig’s Disease, communicate. The app uses a phone’s front-facing selfie camera to track a user’s eyes as they move from left to right selecting words and phrases that the phone reads aloud.

Google’s 60-second ad, titled “A Look Can Say A Lot,” starts by focusing on the eyes of various people including an infant. “A look can be honest and true,” Google says, adding that “A look can speak for you.”

The app is shown to a woman named Antoinette Fernandes who has speech and motor impairments due to ALS. The look on her face when she realizes that she can use the app and her eyes to communicate what she wants to say is priceless.

You can download the app from the Google Play Store on any Android handset running Android 9 or later. For those who feel the need to put down technology or think that smartphones are a waste of time and money, just take another glimpse at the look on Antoinette’s face as she realizes that despite her physical condition, she can communicate with other people.

Another video that had been released last November titled “Look To Speak” takes us through Antoinette’s story. In 2019 she was diagnosed with ALS. Unable to communicate, she was feeling suicidal according to her daughter who is her caregiver. The daughter used to say letters and when she hit upon the right one, Antoinette would confirm by making a noise and this method allowed her to get her thoughts across albeit in a slow, time consuming way.

Apple might have won Best Picture, but Google takes the Oscar for best use of technology. If you know someone with ALS or has trouble communicating, tell them about the free “Look to Speak” app.