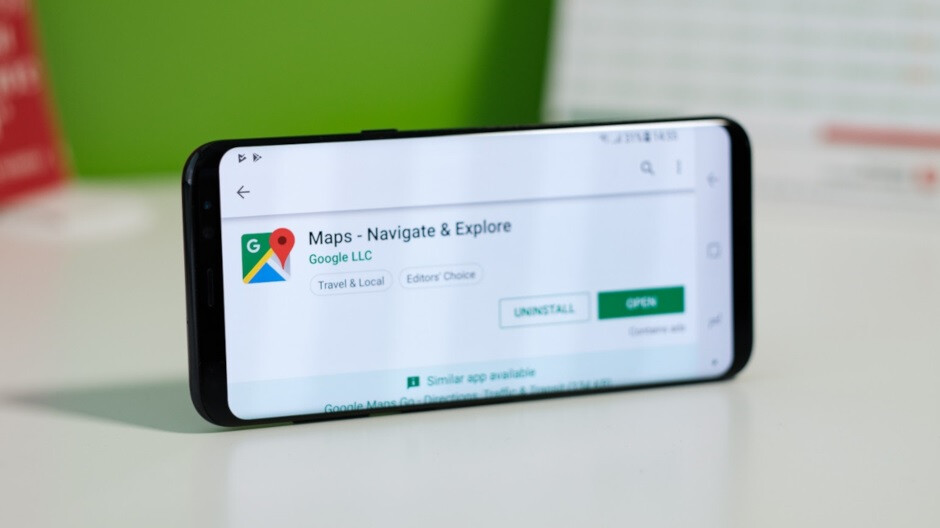 By most accounts, Google Maps does a damn good job navigating from point “A” to point “B,” helping users safely get to their destination in the fastest possible time. And once you get to that destination, Google Maps will tell you where to go for dinner, the must-see places in that city, and where you can find a place to stay. But Google Maps does have its moments, as rare as they are, when something goes wrong.

According to SF Gate, travelers in Lake Tahoe were directed by Google Maps to drive on roads that were closed or dangerous thanks to record-breaking snowfall. A tweet from Crystal A. Kolden (@pyrogeog) was sent to Google Maps with a screenshot showing the route between Sacramento, California and Reno, Nevada.

Kolden told Google Maps that “This is an abject failure. You are sending people up a poorly maintained forest road to their death in a severe blizzard. Hire people who can address winter storms in your code (or maybe get some of your engineers who are stuck in Tahoe right now on it).”

.@googlemaps This is an abject failure. You are sending people up a poorly maintained forest road to their death in a severe blizzard. Hire people who can address winter storms in your code (or maybe get some of your engineers who are stuck in Tahoe right now on it). pic.twitter.com/IzagAXzBtA

The directions recommended by Google Maps take travelers through Marysville Road described as a “narrow two-lane path going through the Tahoe National Forest.” Another Twitter user tried to warn those using the Android version of the Google Maps app by writing, “The Android mobile app does not seem to be showing road closures. This is a big freaking deal and could lead to some dangerous situations.”
Even the U.S. Forest Service (USFS) got into the act with a tweet that said, “PSA for those trying to use Rollins Lake to sneak past the I-80 closure: You. Will. Not. Get. Through. I-80 remains CLOSED between Applegate and the Nevada state line. You will be turned around and you’re putting crews at risk who are working to clear downed trees, snow, etc.”

Google Maps is usually quite adept at making route changes if an accident or weather slows down travel, but not in all cases such as this one. The National Weather Service (NWS) says that five to nine feet of snow have fallen in the Lake Tahoe area over the last week and the conditions are not expected to get better soon.

If you travel or commute in areas of the country where snow, sleet, and icy roads are often an issue, besides installing Google Maps, you should also include a major weather app such as The Weather Channel (iOS; Android), or Accuweather (iOS; Android). Make sure to allow notifications and this way you’ll receive alerts whenever wintry weather is going to make driving hazardous.
You might recall that Apple Maps put some of its users in danger back when the app was first released by Apple in 2012. Unlike the current situation, the problem was with the app itself, not the weather. Apple mislabeled a dangerous part of the Outback in Australia which led travelers to drive through an area with very little water, temperatures as high as 115 degrees, with poisonous snakes on the ground.

Eventually, Apple was able to clear this up. As for the situation with Google Maps, the weather is expected to keep road conditions for this route dangerous for a few days.