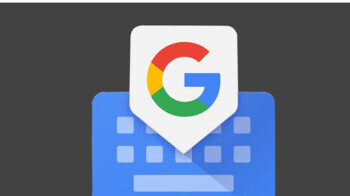 Google is reportedly testing a new look for the Gboard virtual keyboard that would join together with Android 12L to improve the large-screen tablet and foldable experience on Android devices. A recent screen found in the Gboard beta showed how the virtual Android keyboard could be split vertically down the middle. In Android 6 Marshmallow, Google tested such a split, but it was never taken past the testing stage.
Android Police recently spotted a toggle on a Gboard beta (version 11.5.05.427194903) that included, under the layout section, a heading that read “Split layout to include duplicated keys that can be toggled on or off.” The small print under the setting said, “When the keyboard is set to split layout, some keys will be duplicated on both sides.” However, even with the toggle enabled, the Galaxy Z Fold 3 that had this option listed still could not create a split layout on the display indicative of an app being worked on by its developer.

If duplicate keys do appear along both sides of the split, it should help those who type on their phones using their thumbs type faster.

If you want to join the Gboard beta program, open up the app’s listing in the Google Play Store, and in the section underneath “Developer contact,” you should see the option to become a Gboard beta tester. Saying yes means that you will see new features before the public does. And the developers are hoping to hear your feedback to help them figure out what to do to improve the new features added to the app.