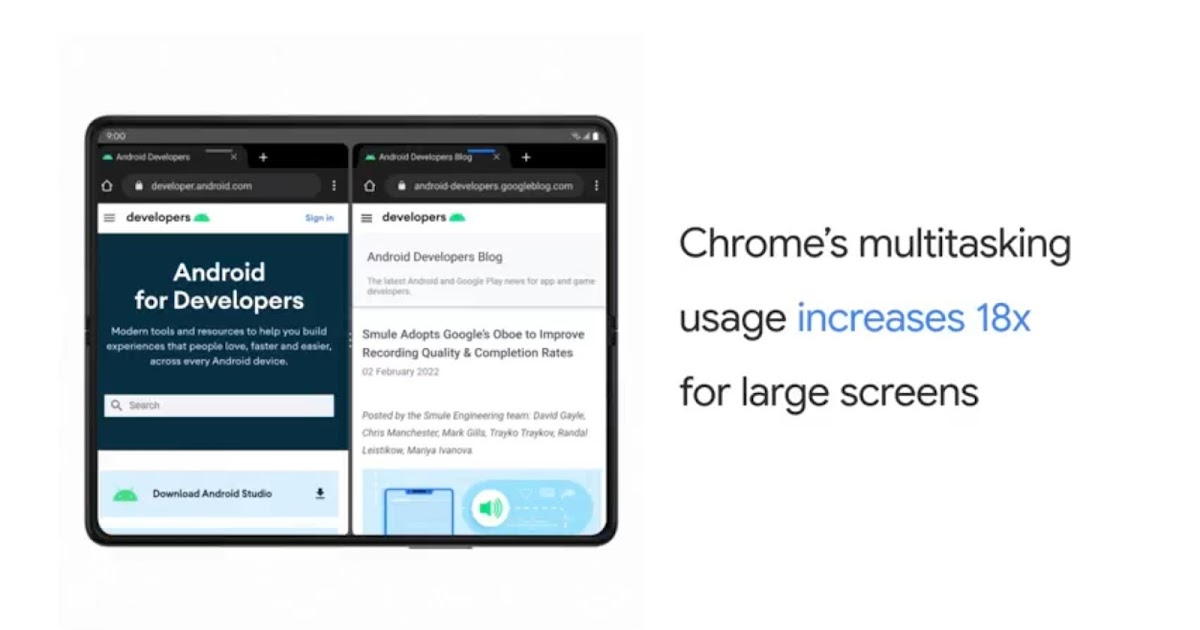 Posted by The Android Team

Google Chrome is the most widely used browser globally, and the Chrome team wants to ensure their users have a great experience across all devices. Many Chrome users have been requesting more productivity features on their mobile, tablet, and foldable devices to better match the capabilities of Chrome on desktop. To meet these needs, the team decided to invest in building features that encourage multitasking capabilities. While the team built this for phones as well, they wanted to especially focus on implementing these features where people would use them the most: large screen devices such as tablets and foldables.

The team first decided to focus on building a way for people to open multiple Chrome windows (instances) side by side. They took advantage of 12L features such as the taskbar and also took advantage of the Samsung edge panel.

They utilized the singleInstancePerTask launch mode to build the side-by-side functionality. They wanted to balance allowing people to use many windows at once with making sure the feature was still usable. The team researched usability best practices, observed other multi-window experiences on large screen devices, and thought through limitations to ensure optimal device memory usage. They determined people could comfortably use up to five windows side by side on large screen devices, and the team updated their app to support this functionality.

The team wanted to make it easier for their users to take advantage of this feature, so they added a “New Window” shortcut in the menu. They used the new capability of intent flag combo LAUNCH_ADJACENT|NEW_TASK to create this shortcut. Having this feature be more prominently displayed in the product greatly improved the usage. They saw multi-window usage improve by 18x.

This is a new feature, and the Chrome team has already seen that multi-instance for the Chrome app is used 42% more on tablets and foldables than on phones that support the feature. This usage demonstrates the functionality resonated well with Chrome users on large screen devices, and that it was worth investing in building these features to enhance the experience for Chrome users on large screens.

They also had very positive feedback from their large screen users in the form of app reviews. “This app is fabulous 👌! You can split screen, change tabs, and much more. You can also play a lot of games in it. I prefer to five star this app.”

The team has future plans to further improve the Chrome experience on large screens to help their users be more productive. 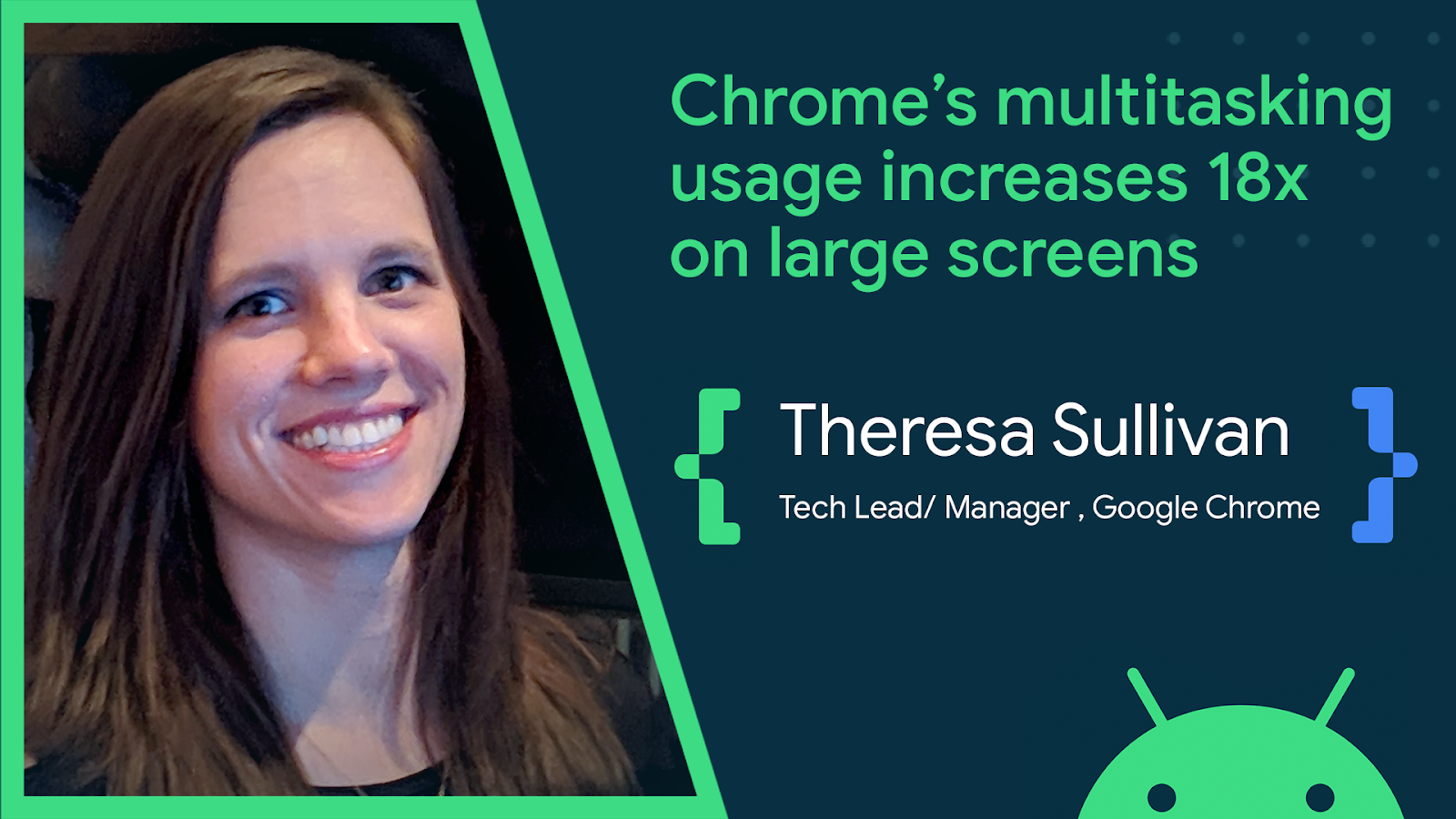 Learn more about how you can get started with optimizing your app for large screens.