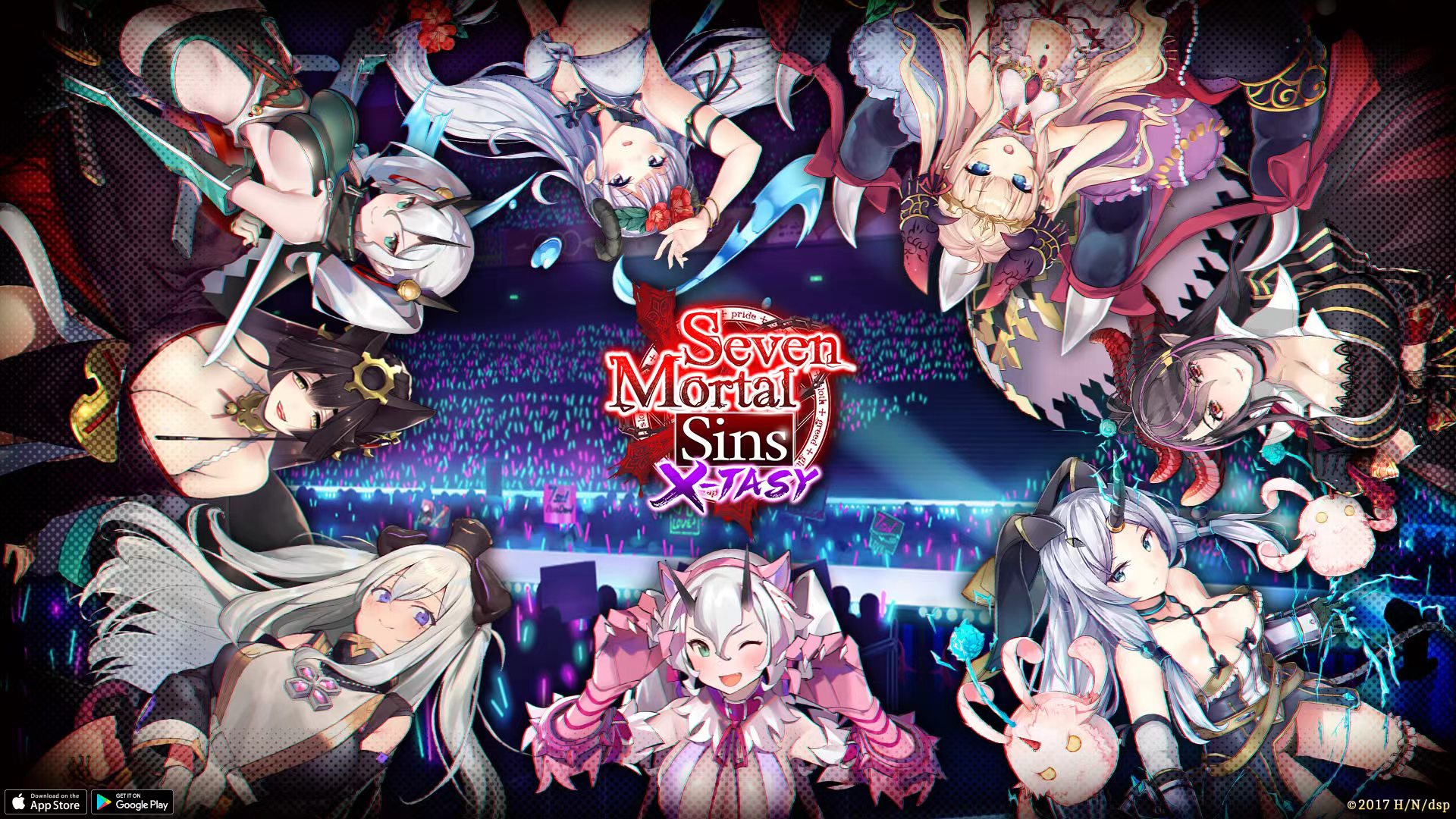 They’re all different, but they all involve the same turn-based combat. Here’s how that works.

Your units – or Casts – are arrayed across the left side of the screen, your opponents on the right. Each Cast has a red HP bar and a blue Move bar.

There are three kinds of attack available to you: basic attack, power attack, and special attack. Your special only becomes available after a certain number of moves, so you need to use it wisely.

To attack a target, all you need to do is select the kind of attack you want to do and then tap on your chosen victim. The fight is over when either all of your Casts are dead, or all of your opponent’s are.

It’s worth mentioning at this point that you don’t have to – and probably won’t – play all of your battles manually. There’s an auto button, which lets the AI take over.

The best way to ensure that you keep winning in Seven Mortal Sins X-TASY is to plough all of the rewards you earn into leveling up your Casts and summoning new ones. The next best way is to ensure that you’re using an effective formation.

By visiting the Formation page you can choose which Casts are in your squad. You’ll want to make sure that there’s a Support Cast in the mix, to heal the rest of your team when they’re in trouble, as well as a healthy balance of attacking and defensive units.

In addition to the normal squad-formation stuff, there’s an elemental rock-paper-scissors system to factor into your calculations.

Casts can have STR, TEC, or AGI affinities, with STR trumping TEC, TEC trumping AGI, and AGI trumping STR. That means a STR Cast will deal extra damage to TEC Cast, and a TEC Cast will deal weaker damage to a STR Cast. Elemental affinities also affect the likelihood of causing or evading skill effects.

There are different types of skill effects. The outcome of common chance effects depend on outside factors like Effect Hit, Effect Res, and elemental advantage. Fixed chance effects, on the other hand, have odds that are pre-determined and never change.

As well as attacks and skill effects you can inflict debuffs during battle. These include Daze, Freeze, Stun, and so on.

Last but not least is the Helper system. This allows you to set a Cast as a helper, available in the heat of battle to take some of the pressure off. If there are fewer than four Casts in your squad, your helper automatically fills the vacant slot.