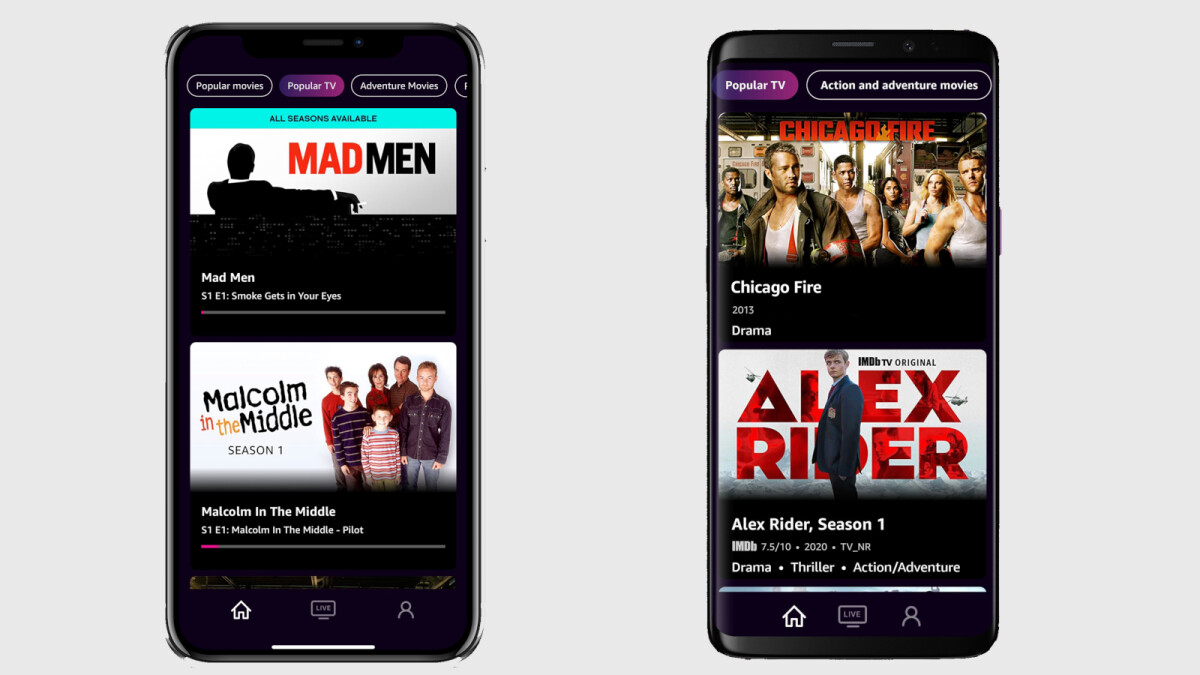 Amazon’s IMDb TV free streaming service has been running on various platforms for a few years now. Unfortunately, Android and iOS users could only access the service through the general IMDb app, at least on mobile.

Fire TV users are still getting Amazon’s IMDb TV streaming service via the free channel within the Prime Video app included on all Fire TV devices. Those who wish to try it out can download the IMDb TV app for Android and iOS through Google Play Store or App Store.

Amazon IMDb TV offers a generous library of movies and TV shows, including iconic titles like All in the Family, Mad Men, Malcom in the Middle, Chicago Fire, and How to Train Your Dragon. It also streams originals from Amazon Studios like Leverage: Redemption, Alex Rider, and the upcoming Luke Bryan: My Dirt Road.

Not to mention that after the deal between IMDb TV and Universal Filmed Entertainment Group, the free streaming service will get TV-window rights to Universal movies. Although it’s completely free IMDb TV runs ads during shows, but Amazon claims that its service has half the ads of traditional TV.