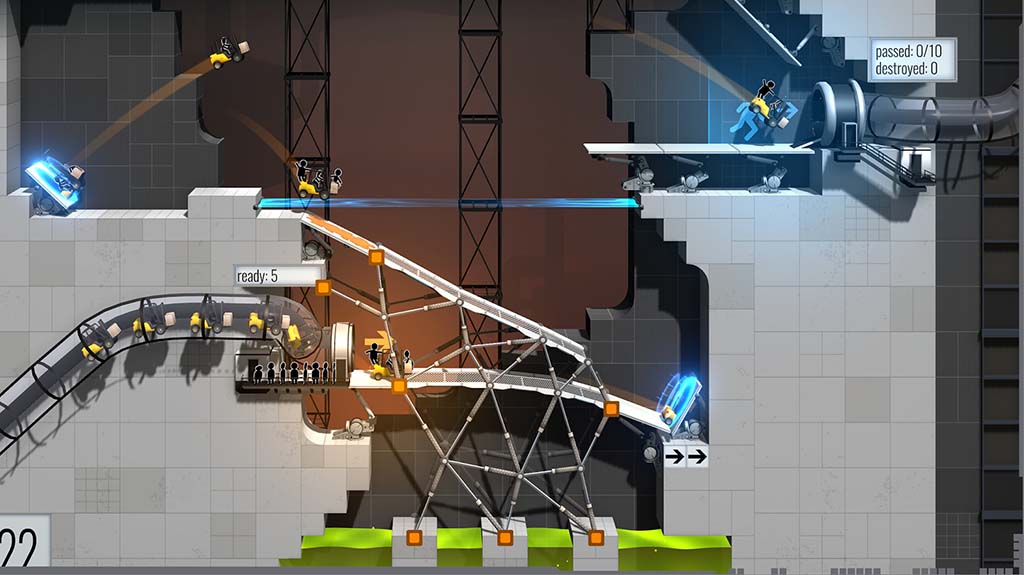 Puzzle games used to be a simple genre with a simple idea. You solve puzzles for time-killing enjoyment. However, the genre ballooned in a big way on mobile. In fact, it’s one of the most popular genres on the entire platform. It started with simple viral games like 2048 and evolved into genuinely enjoyable experiences like Monument Valley.

These days, you can find some seriously good puzzle games on Android in terms of both graphics and game play. Gone are the days of super simple mechanics and graphics with goofy ideas, with intense and complex apps with creative stories and good graphics. This list changes fast as new puzzle champions emerge. Here are the best puzzle games for Android.

The best puzzle games for Android

Amanita Design is a publisher on Google Play. They have three very excellent puzzle games with Samorost 3, Botanicula, Chuchel, and the popular classic Machinarium. All three games feature fun puzzles, a distinctive art style, and simple game mechanics. Basically, you wander around the game world in search of clues and puzzle solutions. They each have fun little stories as well. All four games go for $4.99 upfront. However, there are no in-app purchases after you purchase the game.

Baba Is You is one of the more interesting puzzle games on Android. The graphics aren’t all that special, but its low-fi style helps the developers do all sorts of wonky things. The game lets you change the rules of the game itself by moving around programming blocks. You use these programming blocks to change the rules in such a way that you solve the puzzle. Each change has interactions with the other changes to create all kinds of unexpected reactions.

It’s truly one of the most unique puzzle games, right up there with ones like Monument Valley. This should be more popular than it is.

Blue Wizard Digital is a developer on Google Play. They have two excellent puzzle games. The first is Slayaway Camp. You play a serial killer and you avoid the cops while you slaughter people. The second is Friday the 13th. It has a lot of the same ideas, but over 100 levels of gory goodness. These games are not for children or adults with weak stomachs. They otherwise make for outstanding horror-puzzle games. Slayaway Camp goes for $2.99. Friday the 13th is a free download with in-app purchases, but it’s not a freemium game.

The Eyes of Ara

The Eyes of Ara is one of the newer puzzle games on the list. It reminds us a lot of classic puzzle-adventure games like Myst. Players explore a world looking for clues, unlocking secrets, and gathering the story from snippets of story from the game world. It plays in a 3D world with exploration and surprisingly decent graphics. The developers round out the experience with achievements, support for about a dozen languages, and a minimal game UI that puts the game world first and foremost. There isn’t a whole lot wrong with this one, but the controls are occasionally wonky.

Faraway 3: Arctic Escape is another newer puzzle game from 2018. It features a variety of puzzles similar to console games like The Witness. You have various boards and each board needs solved. The game has 18 stages with a variety of puzzles in each one along with a story line. This is also the third game in the series and the previous two are pretty good as well. The three together should provide a decent amount of entertainment. The third one has nine free levels and the rest cost $3.99. The previous games are also fairly inexpensive.

Gorogoa is an excellent puzzle game. The game shows you a few illustrated panels. Players put the panels in order to tell a story. The game has thousands of illustrations for you to organize, all of which feed into the game’s main storyline. It relies heavily on the artwork to convey the story rather than making the player read a bunch of stuff. It’s an interesting method of storytelling and the puzzle elements are simple enough to do. This is a great puzzle game.

Hello Neighbor is one of the most unique puzzle games on mobile. Your neighbor is doing some weird stuff and you want to check it out. Thus, you break into the house over and over again. The neighbor sets up defenses after each break-in based on your entry and exit strategies. You have to adjust your strategies accordingly. This was a very popular game on PC and the mobile game plays about the same but with mobile controls. There are also horror and thriller elements with this one. This one is rather expensive. The criticism is a little harsher due to its price tag. However, it’s still a good game with a unique premise.

Life is Strange is an outstanding adventure-puzzle-drama game. It follows the life of Max, a high school girl with special powers. She can rewind and replay various moments in her life. You rewind and redo various moments until you get the desired results. This is a port of a console game and a pretty good one, too. The graphics and mechanics are good and the story is entertaining. There is a prequel for this game available as well, but it might need an update or two before we would fully recommend it. This may not be a puzzle game in the classic sense, but the main mechanic is a puzzle element so we’re counting it. Life is Strange: Before the Storm adds to the story quite a bit, but it’s a little rougher around the edges than the first game.

Monument Valley 1 and 2 are some of the most popular puzzle games on mobile. They use MC Escher-inspired puzzle mechanics. You twist and turn portions of the level in order to progress. The games aren’t difficult. They boast a more relaxing experience rather than challenging. The Monument Valley games do look fantastic, though. The art style is definitely to be applauded. The first game includes a handful of levels along with the Forgotten Shores DLC ($1.99 extra). The second game is a bit longer but not by much. These are classics.

The Professor Layton franchise is a series of puzzle games from the Nintendo DS. The developers, Level-5, have brought a few of them to Android as mobile ports. You can get Layton: Curious Village, Layton: Diabolical Box, and Layton’s Mystery Journey on Google Play. The series puts you on an adventure to solve puzzles and solve cases for Professor Layton. The games features comical dialog along with goofy situations that help sculpt the atmosphere of these games. They are rather expensive, though, so we recommend playing as much as possible in the refund time to make sure you like them.

The Room franchise is one of the oldest and most successful puzzle game franchises on mobile. There are four games in the series at the time of this writing. The first two are classic puzzle games. You figure out puzzles to progress until you finish the game. The third game in the series introduced multiple endings and a slightly heavier narrative. Finally, the most recent game, Old Sins, takes place in a dollhouse. All four games have some similar elements, including outstanding graphics, escape room elements, and clever puzzle designs. They are also usually fairly short games. However, the inclusion of multiple endings gives the later titles some replay value. These are classics in the puzzle game space on mobile and we recommend them highly. The first game in the series is $0.99 and the most recent is $4.99. The other two fall between those two price tags. None of them have in-app purchases or ads.

ROOMS: The Toymaker’s Mansion is one of the newer puzzle games on the list. It’s a fairly simple puzzle game at heart. You move through a mansion and each room moves like a puzzle piece. You assemble the puzzle pieces to continue on the journey. The game contains 144 total levels across four mansions. Players also unlock special abilities like transportation bombs, and the ability to move every room at once. There are 96 story levels and 48 special ability levels to keep things a little bit fresh. There is more than enough content here to justify the title’s $4.99 price tag and there are no in-app purchases or ads to ruin anything.

Rusty Lake is one of the most popular puzzle game developers on Google Play. There are two different franchises by Rusty Lake. The Cube Escape series is a long-running series of puzzle games with escape room and hidden object puzzle elements. Most of those games are free except the most recent one, Cube Escape: Paradox (it costs $1.99 for the full version). The other series, Rusty Lake, is a more premium point-and-click adventure-puzzle game that takes place in the same universe as the Cube Escape series. These usually cost money, but never more than a few bucks. There are usually one or two new additions to each franchise every year and they’re all pretty good.

Vodobanka is one of the more unique puzzle games on Android. The player takes control of a SWAT team. The goal is to breach a structure and get the hostile people before they execute the hostages. It has a bunch of levels, including some added as recently as 2021. It doesn’t have the best graphics, but the concept is pretty neat as players clear rooms on their way to the objective. The premium version is also inexpensive with most of the content being available in the free version.